The Black Keys’ ninth studio album is described by drummer Patrick Carney as an “homage to electric guitar.” 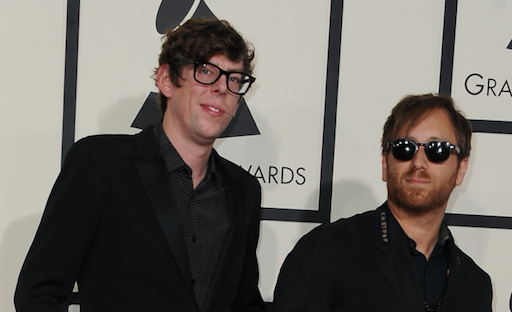 Patrick Carney (L) and Dan Auerbach of The Black Keys arrive on the red carpet for the 57th Annual Grammy Awards in Los Angeles on Feb. 8, 2015. Image: AFP/Valerie Macon via AFP Relaxnews

According to Rolling Stone, the inspiration for “Let’s Rock” comes from a collaboration between Dan Auerbach and late guitarist Glenn Schwartz.

“We took a simple approach and trimmed all the fat like we used to,” said Carney in a statement.

“When we’re together we are The Black Keys, that’s where that real magic is, and always has been since we were 16,” added Auerbach.

The LP features back-up vocals from Leisa Hans and Ashley Wilcoxson, while Auerbach played most of the guitar solo.

The Black Keys also released their latest single “Eagle Birds” which follows the previously shared “Lo/Hi” along with the new album’s artwork, which features an electric chair. JB