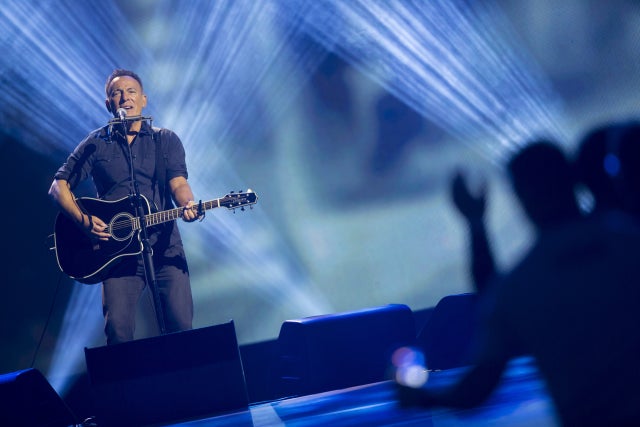 Bruce Springsteen performs during the closing ceremony of the Invictus Games 2017 at Air Canada Centre on September 30, 2017 in Toronto, Canada. Image: AFP/Geoff Robins

Fresh off his 236-show Broadway run, Springsteen released his latest single on Thursday, with an accompanying video.

“You know I always liked that empty road/ No place to be and miles to go/ But miles to go is miles away/ Hello sunshine, won’t you stay …. You can get a little too fond of the blues,” croons Springsteen over a soft bassline accompanied by acoustic guitars.

The Boss doesn’t appear in the visual for “Hello Sunshine”, which only features a car with a New Jersey license plate driving on an isolated road.

New album #WesternStars coming June 14. “This record is a return to my solo recordings featuring character driven songs and sweeping, cinematic orchestral arrangements. It's a jewel box of a record." – Bruce

As per official release, “Western Stars” explores a “sweeping range of American themes, of highways and desert spaces, of isolation and community and the permanence of home and hope.” It features guest appearances from Jon Brion, Patti Scialfa, David Sancious, Charlie Giordano and more.

“This record is a return to my solo recordings featuring character-driven songs and sweeping, cinematic orchestral arrangements. It’s a jewel box of a record,” said Springsteen in an official statement.

“Western Stars” will be released on June 14 via Columbia. See the full tracklist below: