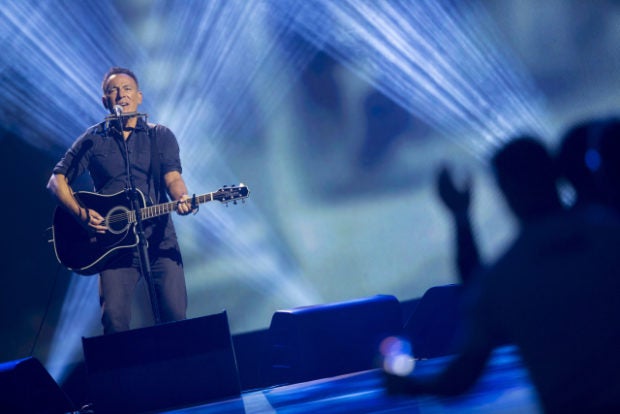 Bruce Springsteen performs during the closing ceremony of the Invictus Games 2017 at Air Canada Centre on September 30, 2017 in Toronto, Canada. Image: AFP/Geoff Robins

The Boss is back in town: Bruce Springsteen said Thursday, April 25 he will release his first new album in five years this June, promising a return to his signature ruminations on the American condition.

“This record is a return to my solo recordings featuring character-driven songs and sweeping, cinematic orchestral arrangements,” Springsteen said, calling it a “jewel box.”

The 13-track album includes “a sweeping range of American themes, of highways and desert spaces, of isolation and community and the permanence of home and hope,” the 69-year-old’s statement said.

“Western Stars” — whose cover art shows a horse with a glossy brown coat galloping across the desert towards the horizon — is Springsteen’s first studio album since 2014’s “High Hopes” that followed 2012’s “Wrecking Ball”.

It also comes months after the artist closed his wildly successful run on Broadway, a 236-concert residency that ended in December after several renewals.

The intimate show — which is now available for streaming on Netflix — became one of Broadway’s most coveted tickets, with resale prices running upwards of $1000. CC