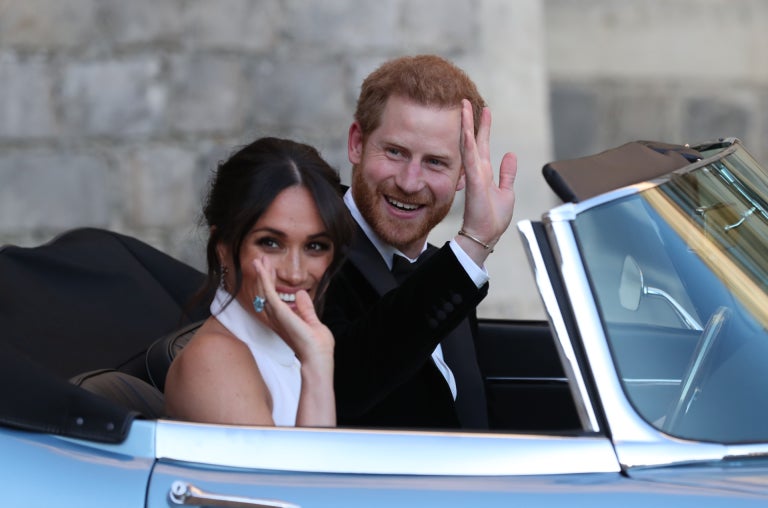 Britain’s Prince Harry, Duke of Sussex, (R) and Meghan Markle, Duchess of Sussex, (L) leave Windsor Castle in Windsor on May 19, 2018 in an E-Type Jaguar after their wedding to attend an evening reception at Frogmore House. Image: AFP/Steve Parsons via AFP Relaxnews

The royal baby may not yet have been born, but he or she is already set to be a star of the small screen. Prince Harry and Meghan Markle’s first child, due shortly, will be the focus of a documentary set to air this spring on Lifetime, according to United States media reports.

The documentary, titled “Meghan & Harry: Baby Fever”, is slated to screen in spring 2019 in the U.S., although the exact air date is yet to be announced. It will screen in Australia on Nine Network and in the Netherlands on RTL.

The documentary will feature exclusive interviews with royal-watchers and experts, along with archive footage. It will chart the royal couple’s relationship, as well as preparations for baby Sussex’s eagerly-anticipated arrival.

“Meghan & Harry: Baby Fever” is made by London-based ITN Productions, which has already produced several documentaries on the British royal family, including “Inside the Royal Wedding: Harry and Meghan” for NBC and “The Queen’s Green Planet” for ITV in 2018. JB

Meghan Markle does her own chores and tried to reach out to dad, say friends