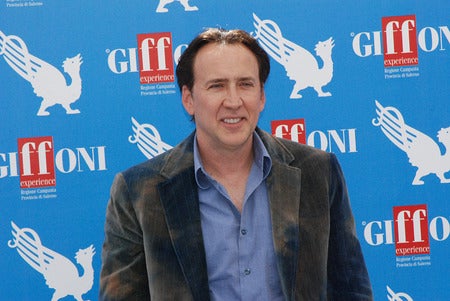 The “National Treasure” actor filed for annulment four days after their wedding in Las Vegas. Koike, a makeup artist, is challenging Cage’s petition for an annulment and insists on a divorce, reported TMZ on Monday, April 22.

Court documents obtained by the entertainment news outlet agues that Cage, acting on impulse, qualifies for an annulment. Koike, however, claimed that the marriage was not based on fraud, stating that Cage asked to start the relationship again “in the right way” 12 days after filing for annulment.

The documents state that they are not fit for marriage and should get a divorce. Koike seeks spousal support after allegedly losing career opportunities because Cage had damaged her reputation. She also wants the actor to pay her legal fees.

Before their marriage, Koike and Cage had been in a relationship since April 2018.

Cage and Koike tied the knot on March 23 after they both spent a night drinking in Las Vegas. A video published by the Daily Mail on March 27 shows the couple arguing as they applied for a marriage license.

Cage appears to be intoxicated as he tells her, “I’m not doing it.” Calmly, Koike responds, “Baby, I am not asking you to do this.”

Court documents of Cage’s annulment petition state that while he was intoxicated, Koike suggested that they get married and that he “reacted on impulse,” reported Us Weekly.

Cage claimed, too, that Koike did not disclose the full extent of her relationship with another person and the extent of her criminal history. The documents request for a divorce if an annulment is not possible.