Why Pepe and Pilar? Korina Sanchez explains names of twins 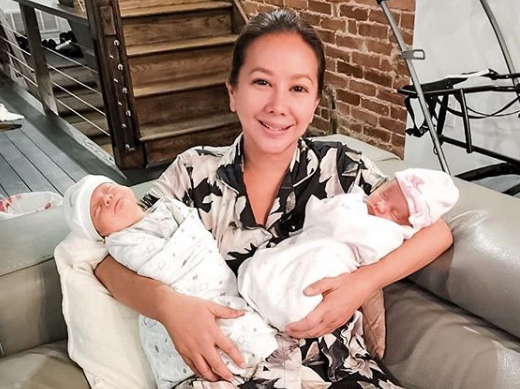 Korina Sanchez explained why she and husband Mar Roxas decided to name their new bundle of joys Pepe and Pilar.

(Because at first, when we knew we were having twins who were a girl and boy, we thought, “Let’s call them Jack and Jill. The names Pepe and Pilar, that’s the Philippine version of Jack and Jill.)

Sanchez added that it was Roxas who thought of their names which, for him, sounded “friendly.”

She went on to say her baby boy’s full name, which is Pepe Ramon Gerardo Manuel Denzel. Sanchez explained that Ramon and Gerardo were the names of Pepe’s maternal and paternal grandfather, and Manuel is from the baby boy’s father.

As for the name Denzel in  Pepe’s name, Sanchez said that it was because her husband is a fan of Denzel Washington, whose film “The Equalizer” he watched 20 times. “Nahumaling siya kay Denzel Washington,” the broadcast journalist said. “Akala ko nagbibiro [si Mar], ‘yun pala tinotoo.”

(He was enamored with Denzel Washington. I thought he was joking when he wanted to add the name Denzel, but it turns out he was serious.)

For Pilar, whose full name is Pilar Judith Celia Esther Korina, Sanchez said that the names Judith and Celia were from the baby girl’s paternal and maternal grandmothers.

Meanwhile, Esther was from Roxas’ grandmother, and Korina was from Sanchez herself. “Dinagdagan ko ng Korina, di niya (Mar) alam (I added the name Korina, which he didn’t know),” she quipped.

Pepe and Pilar were introduced back in February. The twins are Sanchez’s first and second children, while they are Roxas’ second and third, as he has an older son from a previous relationship.  Katrina Hallare /ra

Korina Sanchez, Mar Roxas fly back to PH with their twins