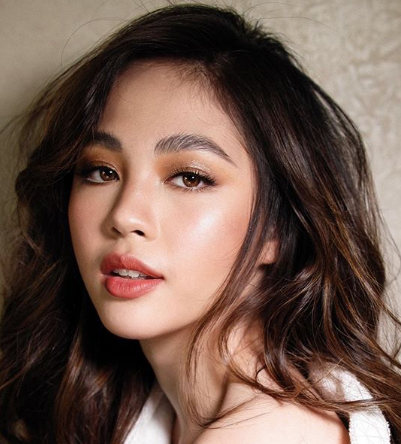 Actress and singer Janella Salvador opened up about her depression after her breakup with ex-boyfriend Elmo Magalona, who she accused of physical abuse back in 2018.

Salvador made the revelation during an interview on “Tonight with Boy Abunda” last April 12.

“I went through really bad times. I got depressed, I didn’t want to get out of the house anymore when I went through that,” she said. “It’s like I wanted to be in this little hole and never get out, so I was stuck there with all these bad memories in my head.”

She recalled one night when she just could not stop thinking abut bad things. She did not elaborate, but told Abunda that she was really depressed and could not sleep.

The next morning, however, she received text messages from three different friends who were not particularly close, one of whom was actress Erich Gonzales.

“[She] told me, ‘Hi Jea, I know we just became friends now but I feel like I’m very much connected with you and I think God wants to tell you this,’” she said. “She sent me a long message telling me that there is something better in store for you, God wants to tell you that… and two of my other friends, they also told me almost the same thing and I was so overwhelmed.”

She attested it is in time of need when one realizes that God  is there. “He uses different things to reach out to you because your mind is so closed and your heart is closed. It was amazing.”

Salvador further shared she has learned so much about herself after her failed relationship with Magalona.

“What I can tolerate, what I can’t tolerate, and how to love someone, but at the same time still love yourself,” she said. “Not forget about yourself because at one point, I didn’t realize it while I was there, but I gave too much of myself away that I forgot that I had my own person.”

Magalona has not apologized to Salvador after the alleged physical altercation, but despite his refusal, Salvador shared back in March that she forgives him nevertheless.

It was also reported in October 2018 that Salvador sought professional counseling after the alleged abuse. /ra

Despite Elmo’s refusal to apologize, Janella says she forgives him