‘Shazam!’ is fun, flippant and feel-good 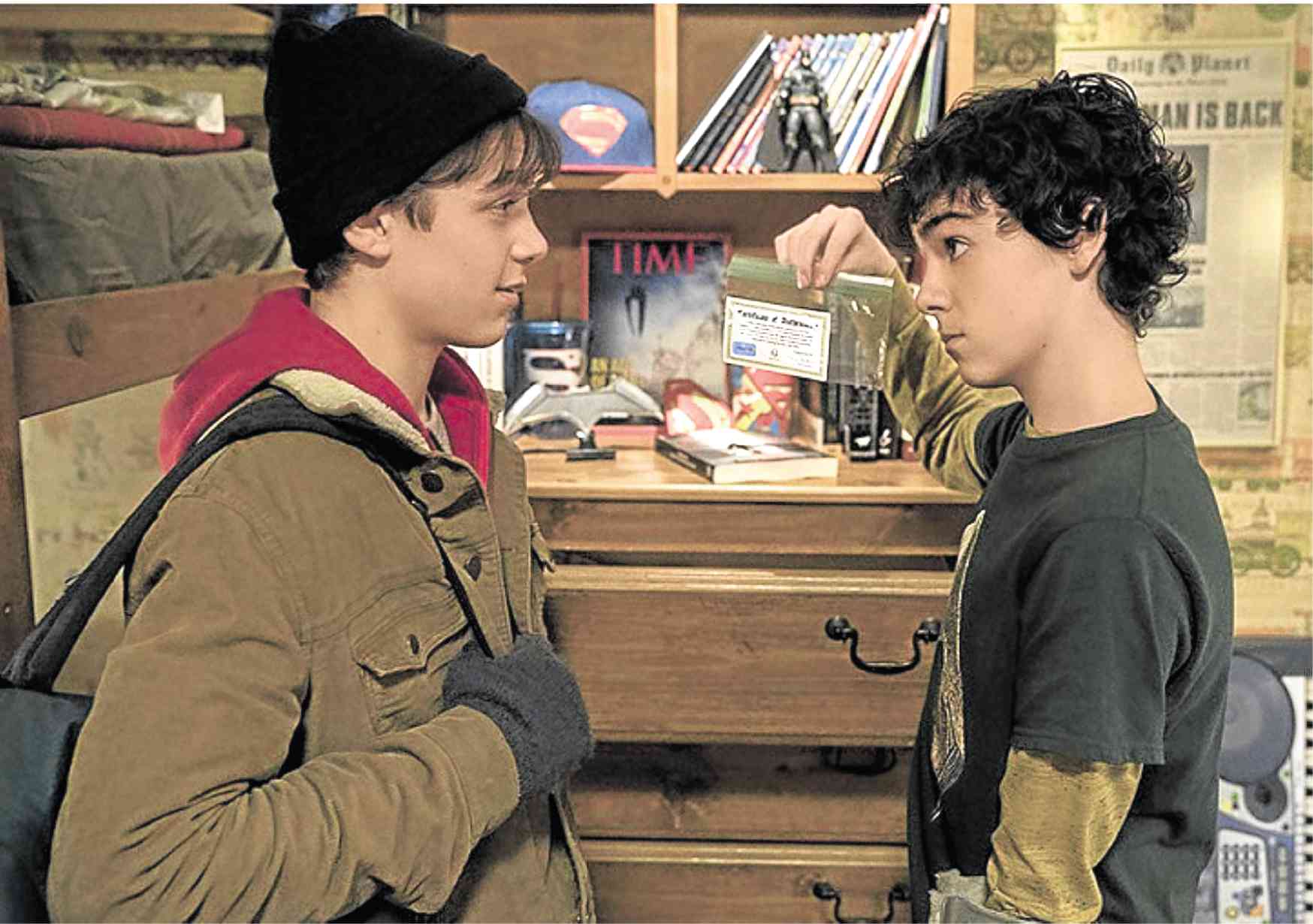 The choice seemed odd when it was announced in 2017 that Zachary Levi had been cast as the DC superhero Captain Marvel in “Shazam!” He didn’t look the part, and it came off as weird when the ex-“Chuck” star was shown wearing red tights and sporting black, brushed-up hair in early photos.

But now that the film is out, it’s easy to see why Levi’s lack of resemblance to the comic book version doesn’t matter. He helps create a decidedly goofy iteration, in line with the lighter, more comedic tone that makes “Shazam!” such an enjoyable superhero caper.

Introducing DC’s own Captain Marvel (it’s a name legally shared with Marvel Comics), the film by David Sandberg centers on Billy Batson (Asher Angel), a street-smart teen looking for his missing mother. Billy, who’s had trouble with the cops due to his search, is soon adopted by a couple with five other foster kids.

A bit wary of the setup, Billy is befriended by one of those kids, the superhero fanboy Freddie (Jack Dylan Grazer).

After defending him from bullies, Billy finds himself in a place that oddly resembles an abandoned throne room. The wizened sorcerer, Shazam (Djimon Hounsou), wastes no time in recruiting him to his cause: Ancient magic transforms Billy into a superpowered adult (Zachary Levi) every time he says the magic word Shazam (which doubles as an acronym for Solomon, Hercules, Atlas, Zeus, Achilles and Mercury). 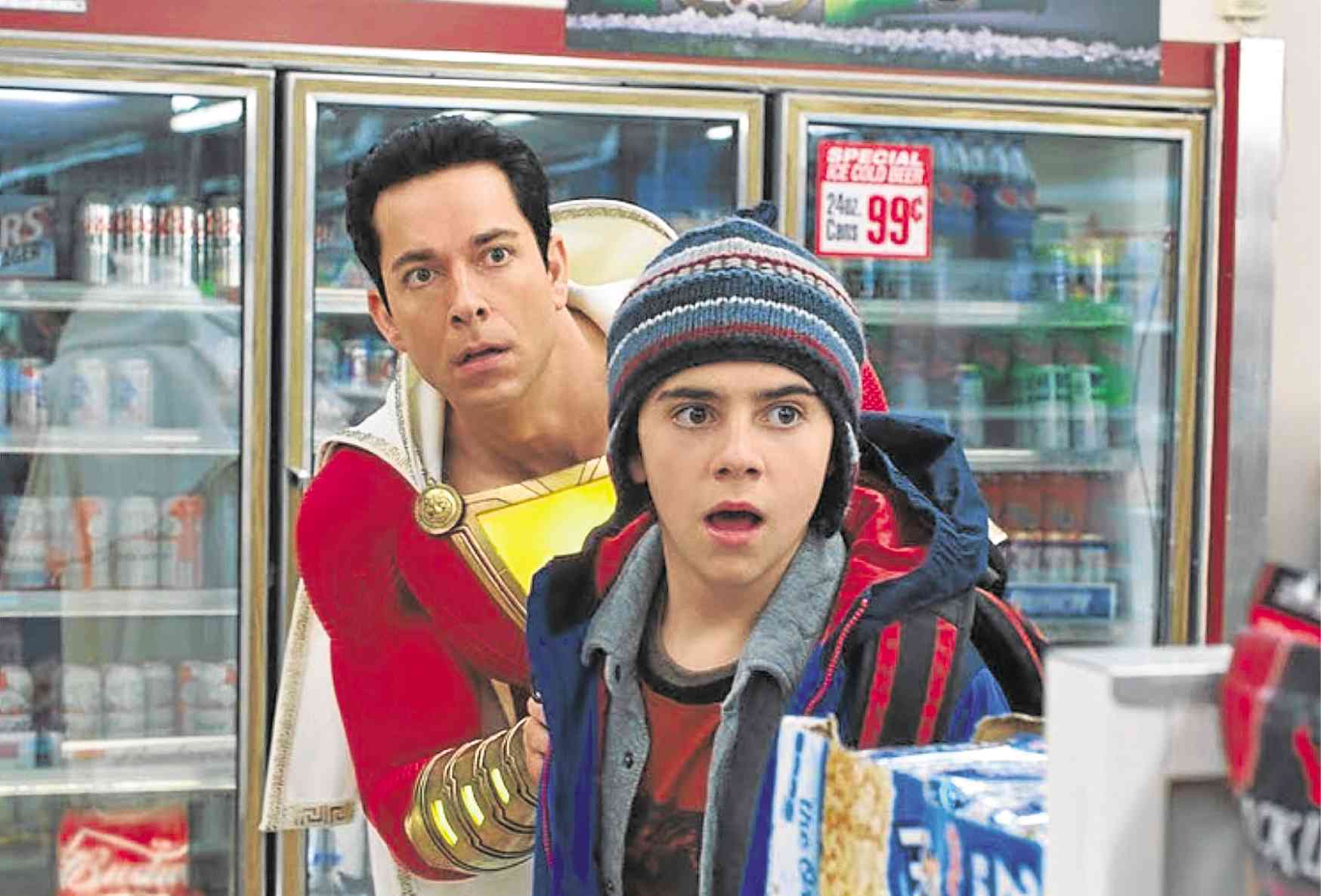 In this stranger’s form, he must convince Freddie to help discover his superpowers. Unknown to them, an older, failed potential recruit, Thaddeus Sivana (Mark Strong), is looking for the mystic power that eluded him when he was a kid.

“Shazam!” is further proof that DC’s live-action films are no longer dependent on Batman and Superman. After “Wonder Woman” and “Aquaman,” the expanding movie realm tries out a tale that’s even brighter—literally and figuratively—and resoundingly succeeds.

There’s a fun, banter-fueled dynamic shared by its leads—the rapport between charismatic young actors Grazer and Angel is just as lively and naturally connected as the former’s bond with Levi.

And, with a tight focus on familial themes—how rewarding or frustrating such connections can be—the film effectively moves without getting cheesy or corny.

While it gets campy from time to time, it does so willingly and unabashedly. “Shazam!” doesn’t adhere to previous superhero films’ formulas—no “great power, great responsibility” creed here—but there’s still a sharp, relevant examination of heroism.

Deep down, though, it’s about kids having the time of their lives when they get unexpected breaks. And that giddy exploration and unfettered discovery feel infectious.

There are two extra scenes, one that lays the groundwork for a possible sequel; and another that’s less consequential, a silly joke poking fun at one of DC’s superheroes.