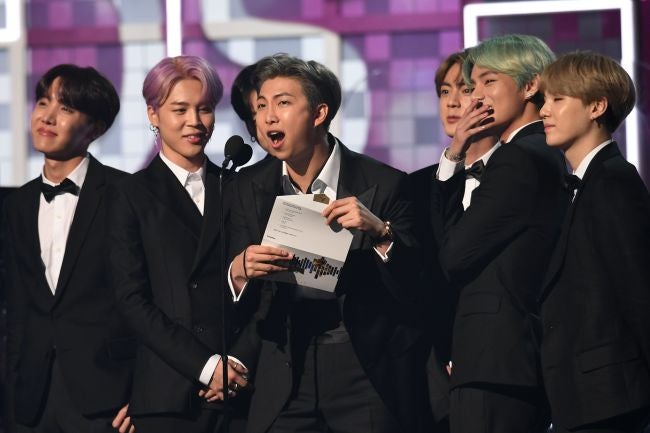 MANILA, Philippines — Global sensation BTS has made history as the first Korean act nominated for Top Group at the Billboard Music Awards (BBMA) 2019.

Other groups vying for the award are Dan and Shay, Maroon 5, Panic! At The Disco, and BBMA 2018’s Top Group, Imagine Dragons.

Apart from the Top Group nomination, BTS also gained a nod for Top Social Artist, which they have won in 2017 and 2018.

They are up against Korean boy groups EXO and GOT7, Ariana Grande, and Louis Tomlinson.

BBMA 2019 will be held at the MGM Garden Arena in Las Vegas on May 1. American singer-songwriter and The Voice judge Kelly Clarkson will host this year’s BBMA.