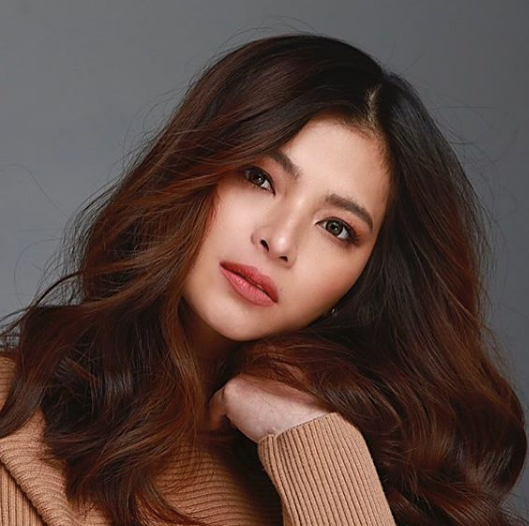 Before becoming the acclaimed actress she is today, Angel Locsin went through bullying too.

The ‘The General’s Daughter” star shared that a former school bully reached out to her and apologized for his/her previous actions. Locsin shared this in an Instagram Story on Friday, March 29.

The unidentified bully said that like Locsin, he/she was a former student at the University of Santo Tomas High School, adding he/she remembered bullying the actress.

“I want to say I am sorry,” the bully told Locsin. Watching her movies on the streaming platform Netflix, he/she lauded Locsin for being a “very good actress.”

“I can probably say that perhaps, I am a fan now!” Locsin’s former bully said. 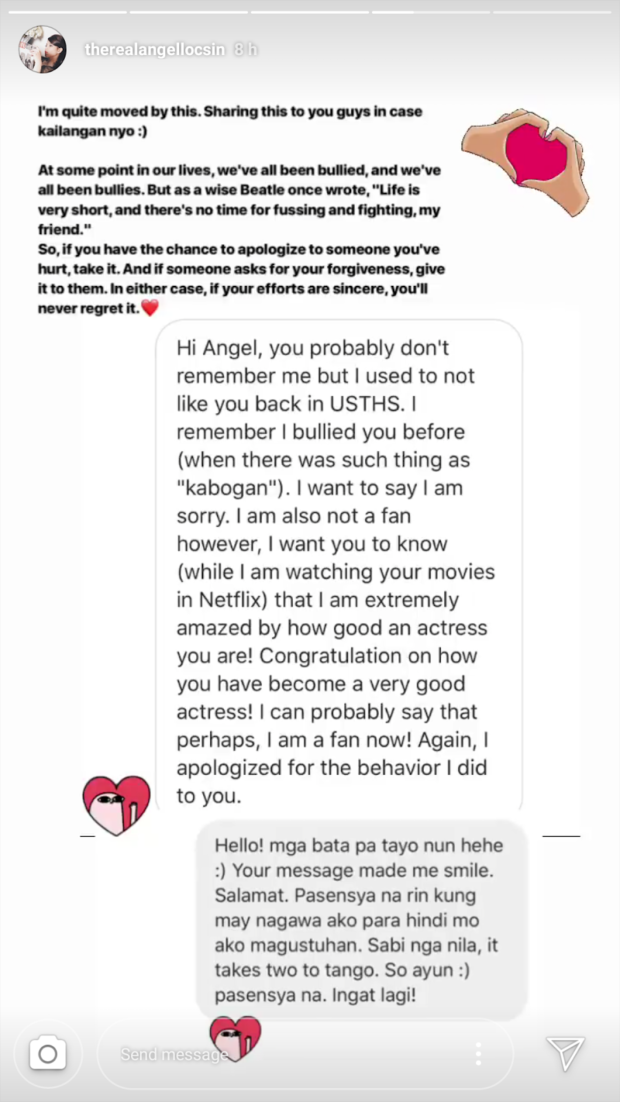 Locsin replied that the bully’s message made her smile, and apologized too if she did anything in the past that the bully did not like.

“So, if you have the chance to apologize to someone you’ve hurt, take it,” she advised her fans, should they be in a similar situation. “And if someone asks for your forgiveness, give it to them. In either case, if your efforts are sincere, you’ll never regret it.”

Like Locsin, Heart Evangelista, too, got an apology from her school bully. The actress-socialite shared her conversation with the bully via an Instagram story, saying his/her apology made Evangelista cry and that she had always wanted to be friends with the bully.  /ra

Read Next
Benjamin Alves recounts guilt for not responding to late dad’s last message
EDITORS' PICK
Water remains our saving grace right now
The biggest lottery jackpot in the world is $158 million, and even someone from the Philippines could win it
Smart 5G goes live
COVID-19 cases in PH overshoot 122,000 mark
51% of Filipinos think it’s dangerous to publish anything critical about Duterte admin — SWS
PhilHealth mess: Whose heads will roll? Roque says he can’t wait to name names
MOST READ
Captain astonished that his ship delivered Beirut explosive
‘Vexed’: Guanzon raps Topacio over Alzheimer’s remark
Locsin to China: Don’t overinterpret
COVID-19 cases in PH overshoot 122,000 mark
Follow @KHallareINQ on Twitter
Don't miss out on the latest news and information.