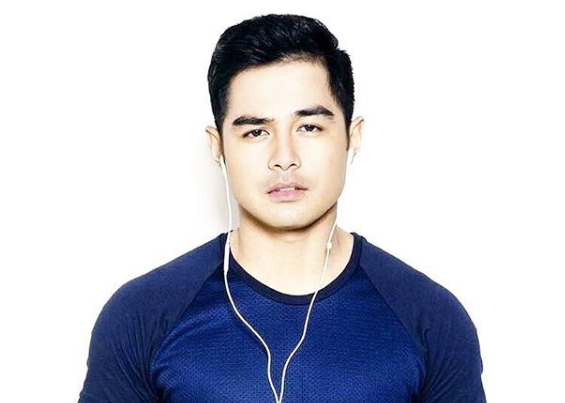 In Alves’ post, he shared a photo of him rock-climbing as well as a screenshot of his dad’s last message to him, which read: “Okay ha. God keep you safe always.”

“It’s the exact photo I sent my dad, the last time he and I spoke,” Alves wrote via Instagram recently. “The next photo is a screenshot of the last thing he said to me (fittingly in retrospect), ‘God keep (me) safe always.'”

Alves shared he felt guilty for months for not replying to his dad’s last message and had a difficult time forgiving himself. Alves apparently was at a shoot at the time.

“I had a hard time forgiving myself for making the mistake of justifying that I was too busy at my pictorial to reply to him when I really wasn’t,” he said. “And the people around me would’ve understood if I asked to be excused for a moment.”

Losing his father was not something he expected at all. He added that his dad’s death was swift, as if he was stolen by a thief in the night.

“I guess what I’m trying to say is that life is short. You have to prioritize what’s important and of value to you, because you never really know how long you have out here.”

Alves also wished he had more time with his dad, to tell him how much he really loved him. As per Alves, he felt guilty for not looking up to his dad growing up because their family could’ve been financially better, if only his dad accepted a promotion at work.

“How guilty I feel now for resenting him. That the reason why he didn’t want to work more hours was because he needed all that time to serve in the community and in his church.”

It was only later that he realized it was in these hours serving the community and the church that his dad found fortune.

“I saw complacency as naive kid, but I now realize that it was contentment in his heart,” he said. “How selfish and shameful of me, to want to take that away from him, just so I can have more clothes, a better car, growing up.”  /ra