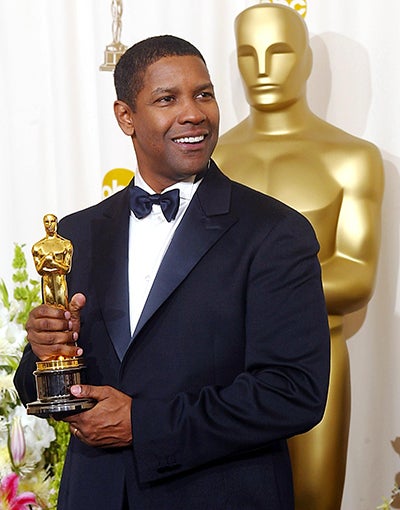 Denzel Washington holds his Oscar for best actor in a leading role for his portrayal of Alonzo in the movie “Training Day” at the 74th Academy Awards at the Kodak Theater in Hollywood, California. Image: AFP/Mike Nelson via AFP Relaxnews

Two Oscar winners, Denzel Washington and Frances McDormand, are set to board Joel Coen’s adaptation of William Shakespeare’s tragic play, according to Deadline.com.

Coen (“No Country For Old Men”, “Inside Llewyn Davis”) will direct from his own script. This will be his first film without brother Ethan, his longtime directing, writing and producing partner. Scott Rudin will also produce the project.

“Macbeth” follows a Scottish nobleman, Macbeth, who is convinced by a trio of witches that it is his destiny to become the king of Scotland. Urged on by his ambitious wife, he tries to seize power by any means necessary.

Denzel Washington (“Training Day”, “Fences”) is set to play Macbeth while Frances McDormand (“Three Billboards Outside Ebbing, Missouri”, “Burn After Reading”) will take on the role of Lady Macbeth.

Having recently been seen in action thriller sequel “The Equalizer 2”, Washington is soon set to head behind the camera for “Journal for Jordan”, starring Michael B. Jordan.

Coen’s last project, “The Ballad of Buster Scruggs”, a Western anthology which he directed and wrote with brother Ethan, earned the pair an Oscar nomination for best adapted screenplay. CE/JB