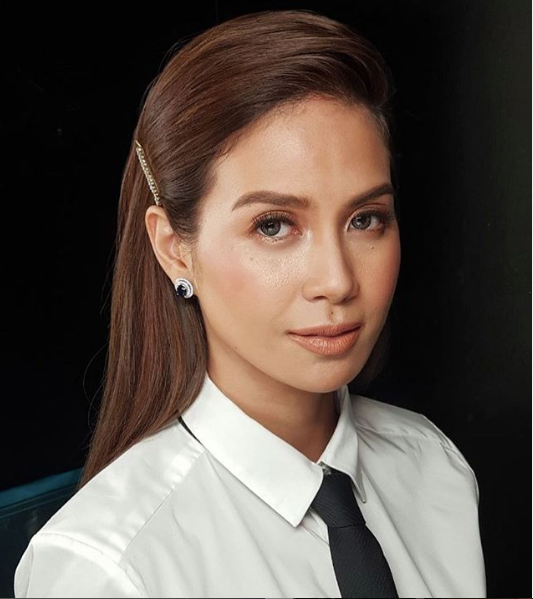 Kaye Abad credited her former “Tabing Ilog” co-star John Lloyd Cruz not only as her first boyfriend, but also as her “first love.”

The “Nang Ngumiti Ang Langit” actress made this admission in a “Tonight with Boy Abunda” interview aired Tuesday night.

Although both Cruz and Abad currently reside in Cebu with their respective partners, Ellen Adarna and Paul Jake Castillo, she said that the two of them have never crossed paths.

(I miss him. They say that Cebu is a small city, but we do not ever see each other.)

For Abad, she said it was Cruz’s personality that made him so special to her. “Sa akin special kasi (For me, he’s special because) he was my first boyfriend… yes, first love,” she went on.

She also described Cruz’s life before as “simple,” adding that he and his family did not own a car. Abad, who used to live in Cavite, would even drop off Cruz in his residence in Pasig City — an act which she jokingly referred to as “very sugar mommy.”

The actress also recalled an instance when someone asked her why she was not a godmother to Cruz and Adarna’s baby. Abad jested again by guessing that she may not have been picked since she was known to be “kuripot” (cheap).

While Abad is currently enjoying success with “Nang Ngumiti Ang Langit”, which marked her television comeback after a three-year hiatus, Cruz is still on indefinite leave from ABS-CBN since October 2017.

A clip of Abad’s interview with Abunda may be viewed below. Katrina Hallare/JB