Chris Evans on speaking against Trump: ‘I’d be disappointed if I didn’t’ 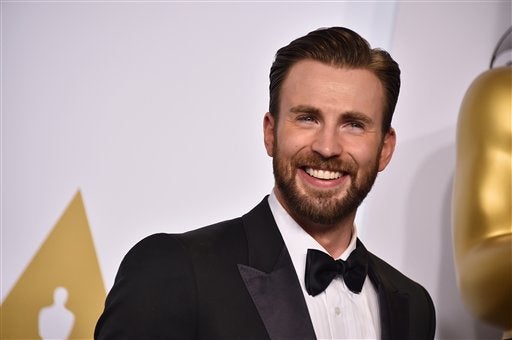 “Captain America” Chris Evans is not backing down when it comes to making his sentiments about United States President Donald Trump heard.

The progressive Hollywood actor is one to take to social media to air out his grievances, whether if it is mocking Trump last December for doing a bad job as President or correcting his wrong spelling of “counsel” last August, among others.

And Evans does not seem worried about his being vocal about politics. In fact, Kevin Feige, Marvel Studios’ president, has praised Evans for the work he is doing on Twitter, as per The Hollywood Reporter on March 27.

“I don’t see it as trash-talking,” Feige was quoted as saying. “I see it as very astute, very honorable, very noble, very Cap-like. Commentary and questioning. I’ve said to him, ‘you’re merging! You and the character are merging!’”

For Evans, however, his being vocal seems to be borne out of an obligation.

“You don’t want to alienate half your audience,” Evans said in the report. “But I’d be disappointed in myself if I didn’t speak up. Especially for fear of some monetary repercussion or career damage — that just feels really gross to me.”

He also did not mince words when he was asked if he would consider playing the role of New England Patriots quarterback Tom Brady in a biopic.

“I don’t know. I really hope he’s not a Trump supporter. I’m just hoping he’s one of those guys that maybe supported him and now regrets it,” he said. “Maybe he thought it was going to be different — and even that bothers me — but maybe there’s a chance now he just thinks Trump’s an absolute dumb sh*t, which he is.”

He added he may have to cut ties with Brady if he’s still “on that Trump train.”

Evans, in the past, has also called out American rapper Kanye West for supporting Trump. In a tweet back in October 2018, a maddened Evans described West as someone who “frames their myopia as virtue.” Cody Cepeda/JB

Trump jeered for Hurricane Florence remark: ‘One of the wettest from the standpoint of water’