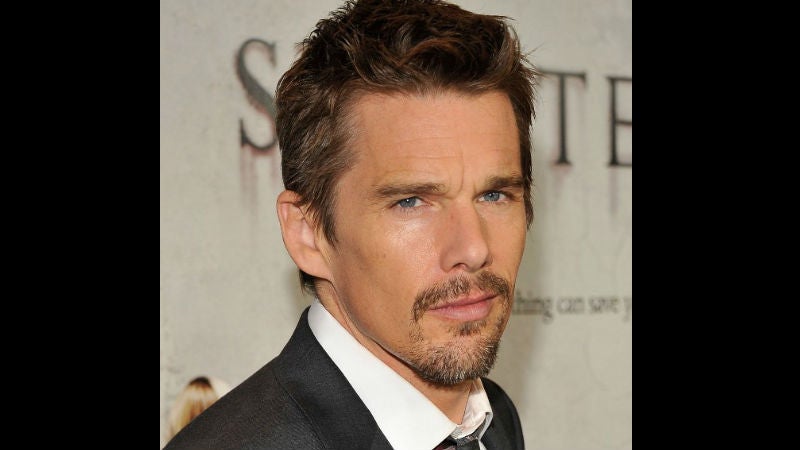 Praised for his performance in the recent religious drama “First Reformed”, the “Before Sunrise” and “Training Day” actor Ethan Hawke is taking on secret identity story “Good Lord Bird”, a fictionalized tale about one of the United States’ real-life anti-slavery figures, John Brown.

Ethan Hawke will be co-starring as 19th century U.S. abolitionist John Brown in an eight-episode series being produced for TV network Showtime.

The serial is based on James McBride’s acclaimed 2013 novel “The Good Lord Bird” in which John Brown meets and rescues Henry Shackleford, a 12-year-old slave Brown refers to as Little Onion.

When Brown assumes that Little Onion is a girl, Henry keeps up the pretense in order to assure his own safety. The pair make their way through the U.S. at a critical time in the tug of war between pro- and anti-slavery movements.

In relaying the story from Henry’s point of view, McBride earlier told NPR he was able to adopt the perspective of “an old man looking back on his life and then telling a, just a grand whopper,” introducing a playful and provocative unreliability to the account.

“We Americans are Family,” McBride said in Showtime’s casting statement. “Dysfunctional, screwy, funny, even dangerous to one another at times, but still family nonetheless.”

“Old John Brown always had a knack for landing into the right place at the right time,” he added, approving of Ethan Hawke’s casting before describing Brown as “one of America’s oddest, most profound, and greatest heroes.”

In fact, the 2013 novel recasts several popular historical figures, not only Brown but some of those he met along the way to a crucial Civil War flashpoint, the 1859 raid on Harpers Ferry, including the venerated influential reformer Frederick Douglass.

Hawke is boarding the Showtime production not only as one of its leads but also on the writing team. There he joins Mark Richard, whose credits range from 1990s drama “Party of Five” to Wild West revenge series “Hell on Wheels” and zombie apocalypse spin-off “Fear the Walking Dead”.

Also in place is Anthony Hemingway of “American Crime Story: The People vs. O.J. Simpson”, family comedy “Shameless”, and historical slavery escape drama “Underground”. He is to direct. JB