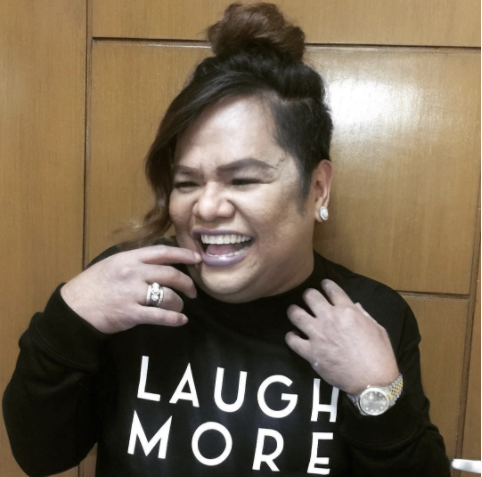 MANILA, Philippines — Comedian Chokoleit — or Jonathan Aguilar Garcia off stage — died shortly after a performance with other entertainers in Abra on Saturday, according to Star Magic, the training and management subsidiary of ABS-CBN Corp.

In a Facebook post early Sunday, actor and singer Carl Guevarra, who was part the show, said: “Unbelievable. Chokoleit performed right after our set and we witnessed how he struggled through the entire performance. The ambulance rushed him to the hospital in Vigan but now we were informed he didnt make it and passed away. We are all in shock. Prayers to all his loved ones. RIP”

‪Unbelievable. Chokoleit performed right after our set and we witnessed how he struggled through the entire performance….

Guevarra also posted a video of Chokoleit’s performance, showing how the comedian seemed to be short of breath.

Chokoleit’s last words are chilling. Still can’t believe how life just passes by. Hope this helps us appreciate life and our loved ones. RIP.

Chokoleit gained popularity in his role as Pearly Shell in the ABS-CBN television series “Marina,” which starred Claudine Barretto in the title role.

Read Next
Swimming against the tide
EDITORS' PICK
Karding damage to infrastructure at P23M
House energy committee chair Arroyo bats for cheap electricity
Individuals affected by ‘Karding’ now over 157,000
Reignite your passion with the vivo Y35
Bongbong Marcos says PH ‘open for business’ with new Clark Airport terminal
Newbie gamers are in for a treat with the power-packed feature of vivo Y16
MOST READ
LPA enters PAR, may develop into tropical depression
Angelica Panganiban ‘duguan, sugatang mom’ one week into breastfeeding
LOOK: Catriona Gray moves into her new home ‘Casa Gray’
Security guard shoots 2 other guards dead inside Makati subdivision
Don't miss out on the latest news and information.