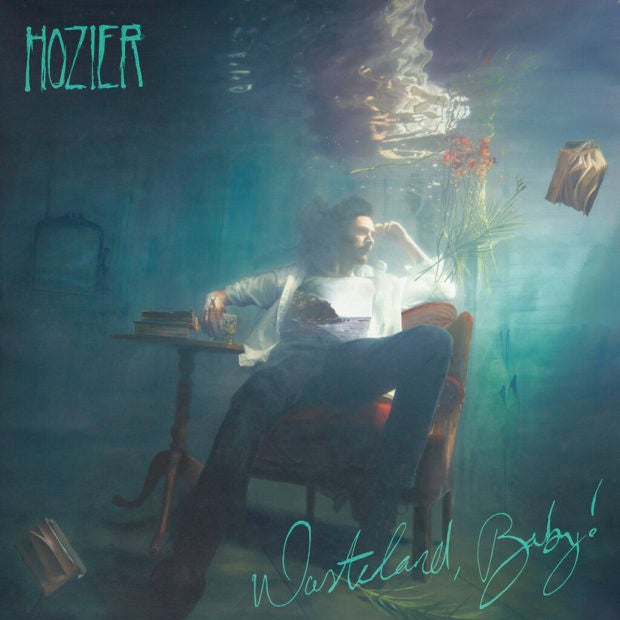 For proof that Irish singer-songwriter Hozier has hit the big time, look no further than who he’s singing with these days: Mavis Staples and Booker T. Jones.

It’s assured, unrushed, complex, soulful and passionate, with his specific Irish stew of R&B, rock, gospel and folk. It’s nourishing and substantive, a reminder that enduring music is possible in 2019.

Hozier — born Andrew Hozier-Byrne — emerged in 2013 with his anthem against religious hypocrisy “Take Me to Church” and an excellent self-titled debut album that mixed confessional lyrics and progressive politics.

The new album kicks off in a similar vein, with Hozier, Jones and Staples paying tribute to such activist-artists as Nina Simone, Billie Holiday, James Brown, Marvin Gaye, John Lennon and Staples herself. “It’s not the waking, it’s the rising,” Hozier sings.

Then it’s on to his valentine to music itself with “Almost (Sweet Music),” which cleverly name-drops song titles from the likes of Duke Ellington and Chet Baker. Hozier then segues to the bedroom with the slinky “Movement,” dripping with desire. Next is the fuzzy guitar-led, blissed-out gem “No Plan.”

By this point it’s almost too rich to take this Hozier meal. But suck it up, because next is a pure songwriting masterclass in “Shrike,” which is titled after a bird that impales insects on thorns. “Remember me, love, when I am reborn/As the shrike to your sharp and glorious thorn,” Hozier sings.

Although a few of the later, weaker songs might have been culled, there are many more joys to discover on the album, including “Be,” a gospel-flecked call to stem environmental disaster.

“Wasteland, Baby!” is filled with dread and doom, but also — as the cheeky title suggests — humor and light. Hozier returns to sing about the joy of music in the sunny “To Noise Making (Sing),” which has references to Prince and The Waterboys.

Hozier’s lyrics include everyone from Orpheus to Fred Astaire and plenty of bird imagery. Every song but one was written exclusively by him and he plays guitar, organ, synth and electric piano. He also supplies bells, snaps, claps, beatbox, tambourine, shaker, and, on a few songs, he’s playfully credited as “Sex Weasel.” After delivering on this album, Hozier can call himself whatever he likes. MKH