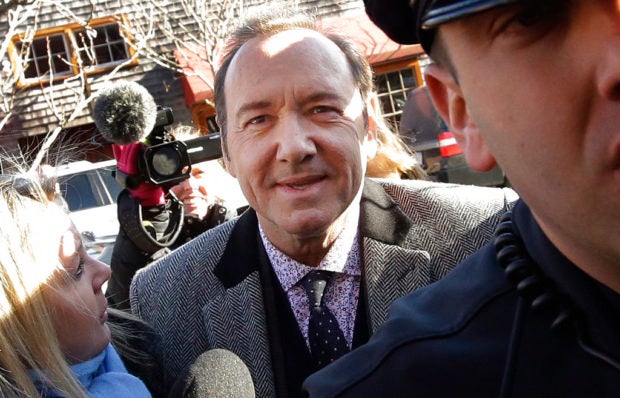 Actor Kevin Spacey arrives at district court on Monday, Jan. 7, 2019, in Nantucket, Mass., to be arraigned on a charge of indecent assault and battery. The Oscar-winning actor is accused of groping the teenage son of a former Boston TV anchor in 2016 in the crowded bar at the Club Car in Nantucket. Image: AP Photo/Steven Senne

NANTUCKET, Massachusetts — A judge has approved a request by attorneys for Kevin Spacey to preserve more phone records in the sexual assault case against the Oscar-winning actor.

The Nantucket District Court judge on Monday allowed a motion to extend an earlier order preserving phone and electronic records between the alleged victim and his former girlfriend until the end of 2017.

Spacey did not attend the hearing and was not required to be there.

The 59-year-old former “House of Cards” star is charged with sexually assaulting the then-18-year-old son of a former Boston TV anchor on Nantucket in 2016.

Spacey pleaded not guilty in January to felony indecent assault and battery. His lawyers have called the accusations “patently false.”

Kevin Spacey to be charged with sexual assault