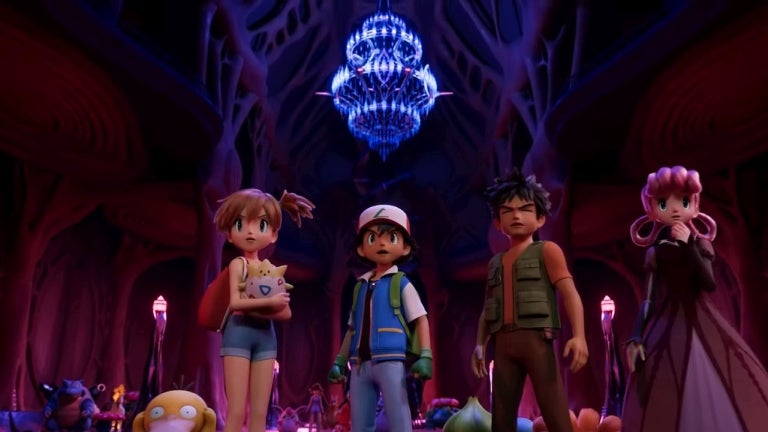 “Detective Pikachu” isn’t the only official Pokémon movie on the block. In fact, there have been 24 such efforts, and the mother of them all, “Pokémon: The First Movie: Mewtwo Strikes Back” is transforming from a 1998 animated cartoon to a July 2019 CGI remake.

July’s “Pokémon: The First Movie: Mewtwo Strikes Back – Evolution” arrives less than a month after the Japanese release of “Detective Pikachu”, and is making the switch from the franchise’s original hand-drawn style to a fully computer-generated look, as seen in a first trailer for the remake.

The remake was first announced via an end-credit scene for July 2018’s “Pokémon the Movie: The Power of Us”.

This debut trailer offers an opportunity to take in the new style and see how familiar human characters Ash, Misty and Brock present themselves after the makeover, as well as Pokémon such as Charizard, Meowth, and the mythical floating Mew.

There’s also a glimpse of Pikachu, Bulbasaur, Psyduck, Squirtle and a handful of other classic Pokémon, though all play second fiddle to the powerful Mewtwo.

“Mewtwo Strikes Back – Evolution” is due for release in Japanese theaters on July 12, 2019, with international scheduling to be announced; for reference, “The Power of Us” began its limited international theatrical release four months after a Japanese debut, in November 2018. JB