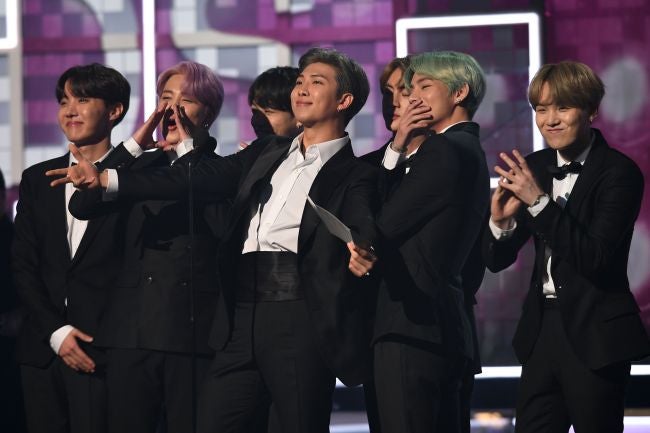 SEOUL —  K-pop boy band BTS plans to offer additional concerts on its upcoming tour of five cities in the United States and Europe, as tickets have sold out, its official website showed Sunday.

The five additional shows will be held at Rose Bowl Stadium in Los Angeles on May 5, at Soldier Field in Chicago on May 12, at Metlife Stadium in New Jersey on May 19, at Wembley Stadium in London on June 2 and at Stade de France in Paris on June 8.

The announcement came a day after the sale all tickets sold out for their scheduled month-long stadium tour from early May, titled “Love Yourself: Speak Yourself.”

Following the tour of the two continents, BTS plans to move to Japan’s Osaka where they will perform from July 6-7 at Yanmar Stadium Nagai, to be followed by the final concerts, from July 13-14, at Shizuoka’s Shizuoka Stadium Ecopa.