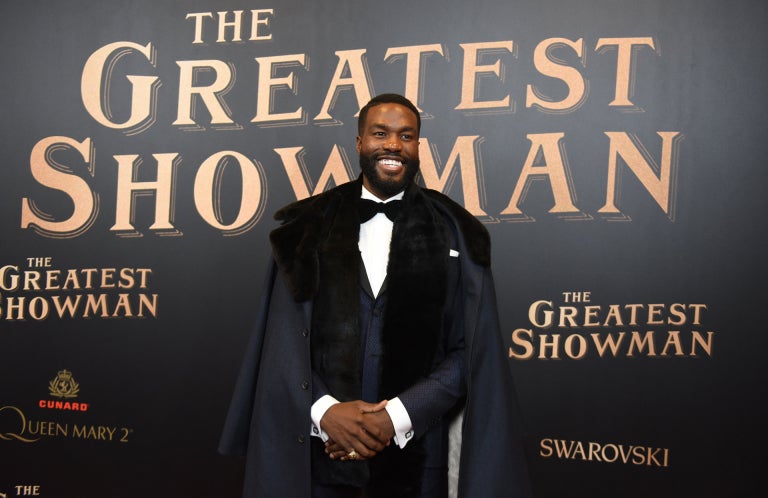 Yahya Abdul-Mateen II arrives for the the world premiere of Twentieth Century Fox’s “The Greatest Showman” aboard the Queen Mary 2 for the world’s first ever floating premiere at the Brooklyn Cruise Terminal in New York, New York on Dec. 8, 2017. Image: AFP/Timothy A. Clary via AFP Relaxnews

With Nia DaCosta of crime drama “Little Woods” directing and Jordan Peele of “Get Out” producing, it looks like 2020 horror remake “Candyman” has found its hook-handed villain.

Yahya Abdul-Mateen II is to play Candyman in the June 2020 horror remake of the same name, per industry outlet Variety which has the Louisiana-born actor in talks with Jordan Peele’s production company.

According to the 1992 original, the Candyman is a supernaturally-empowered being that will appear to, and murder, anyone that looks in a mirror and says his name five times.

A century-old local spook story, Candyman’s origins are gradually uncovered by a college student who is studying urban legends, but her chilling discoveries are ignored when she is accused of murdering her best friend and committed to a psychiatric institution.

As well as playing Black Manta in “Aquaman” and young gangster Cadillac in “The Get Down”, Abdul-Mateen is involved with March 2019’s Peele-directed doppelganger horror “Us”.

He is to co-star as Dakota Fanning’s idealistic love interest in “Sweetness in the Belly” and has a key role in HBO’s upcoming interpretation of comic book superhero story “Watchmen”.

LaKeith Stanfield of “Get Out” was earlier linked with a role in “Candyman”, though not as the title character; instead, he’s thought to have been cast as a researcher on the trail of the local legend. JB