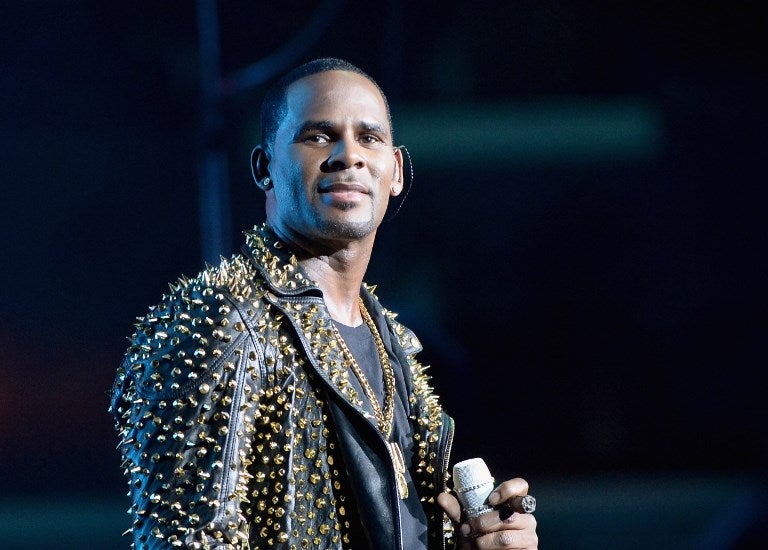 CHICAGO, United States – A US judge set $1 million bail for R&B superstar R. Kelly on Saturday after prosecutors laid out graphic details of charges that he sexually abused four victims, three of them minors.

Kelly, known for hits like “I Believe I Can Fly,” surrendered to police late Friday after decades of allegations of sexual abuse, especially of underage girls, led to the first sexual assault charges against him.

But his fortunes changed after a docuseries last month led Chicago prosecutors to publicly seek out any potential victims.

A Chicago grand jury on Friday charged him with 10 counts of aggravated criminal sexual abuse against four females, the youngest 14 years old at the time of the alleged crimes, which spanned between 1998 and 2010.

The charges carry three to seven years of prison per count.

A grave-faced Kelly appeared in a packed courtroom in a black hooded sweatshirt with his hands handcuffed behind his back.

Two women who had previously publicly accused him of abuse came to court to observe the proceedings.

The singer also was required to relinquish his passport.

“He’s devastated,” Kelly’s attorney Steve Greenberg said. “Here is someone who at one point was a huge star. Now he is sitting behind bars.”

In the bail hearing, prosecutors offered new details of their case — including a shocking accusation that Kelly met one underage victim while giving autographs during his 2008 trial.

They described a video showing Kelly repeatedly having sex with a 14-year-old, DNA evidence from another victim’s shirt that they said matched Kelly’s and semen from yet another victim’s clothes that preliminary tests showed appeared to be his.

Prosecutor Kimberly Foxx told reporters that a witness, not publicly identified, had provided the video showing Kelly having oral and vaginal sex with the youngest girl sometime between 1998 and 2001, when he would have been in his early 30s.

“In the video,” the prosecutor said, “the victim repeatedly, repeatedly, says she is 14 years old.”

In 1998, Kelly allegedly met another girl at a restaurant where she was celebrating her 16th birthday party, invited her to his studio knowing her age, and had sex with her several times after that, each time giving her an envelope with “a large amount of money,” Foxx said.

In 2008, he allegedly met a girl who was under 17 years old while giving autographs during his criminal trial on child pornography charges, and had sex with her multiple times until 2010.

“At times, Robert Kelly would spit on her, slap her on her face and choke her,” the prosecution alleged in court.

Illinois outlaws sex with those under 17 when the partner is at least five years older. Kelly is now 52 and was 31 at the time of the earliest alleged abuse.

In the only case not involving minors, Kelly is accused of trying to force a 24-year-old hairdresser to provide him with oral sex in 2003. When she resisted, he “ejaculated onto the victim and spit in her face several times,” Foxx said.

Although his bail was set at $1 million, Kelly needs to put up only a tenth that amount, or $100,000, to be let out of jail. But Kelly’s attorney was unsure when the singer would be able to pay.

“His finances are a mess,” Greenberg told the judge in court.

After the hearing, he told reporters Kelly would likely put up bail by Monday at the latest and poked holes in the prosecution’s case.

“He’s entitled to a presumption of innocence,” Greenberg said.

“He did not force anyone to have sex. He’s a rock star. He doesn’t have to have non-consensual sex.”

Kelly is next due in court Monday, at which time a trial judge will be assigned to his case. He is scheduled for a March 8 arraignment, when he will have an opportunity to enter a plea.

Allegations of child pornography, sex with minors and sexual battery have dogged Kelly for decades, yet he still managed to enjoy a successful music career.

The musician’s fortunes turned after last month’s broadcast of the docu-series “Surviving R. Kelly,” which once again brought accusations against him to the fore.

Kelly married his protege Aaliyah in 1994, when the late R&B star was 15 and Kelly was 27. He had produced the teenage singer’s debut album titled “Age Ain’t Nothing but a Number.”

Their marriage was later annulled, and Aaliyah died in a plane crash in 2001. /cbb

Read Next
Gillian Anderson, Lily James pay the price of fame in exceptional ‘All About Eve’ revival
EDITORS' PICK
Cherry Mobile teams up with Cloud Panda PH, launches online store
San Juan City to launch pop-up bike lanes
PH COVID-19 cases near 19K mark, as recoveries breach 4,000
Leveling up your ‘lutong bahay’ with the kitchen companion you never knew you needed
South Korea clamps down again as virus rebounds
PH walks back, suspends VFA termination ‘upon the President’s instruction’
MOST READ
PH walks back, suspends VFA termination ‘upon the President’s instruction’
Calida ‘just the lawyer, not the client’ and must ‘never lose his cool’ – Macalintal
Over 30 health workers felled or sickened by COVID-19 got no aid from ‘Bayanihan’ Act
7 members of nurse’s family in Laguna catch COVID-19
Don't miss out on the latest news and information.