Gillian Anderson, Lily James pay the price of fame in exceptional ‘All About Eve’ revival 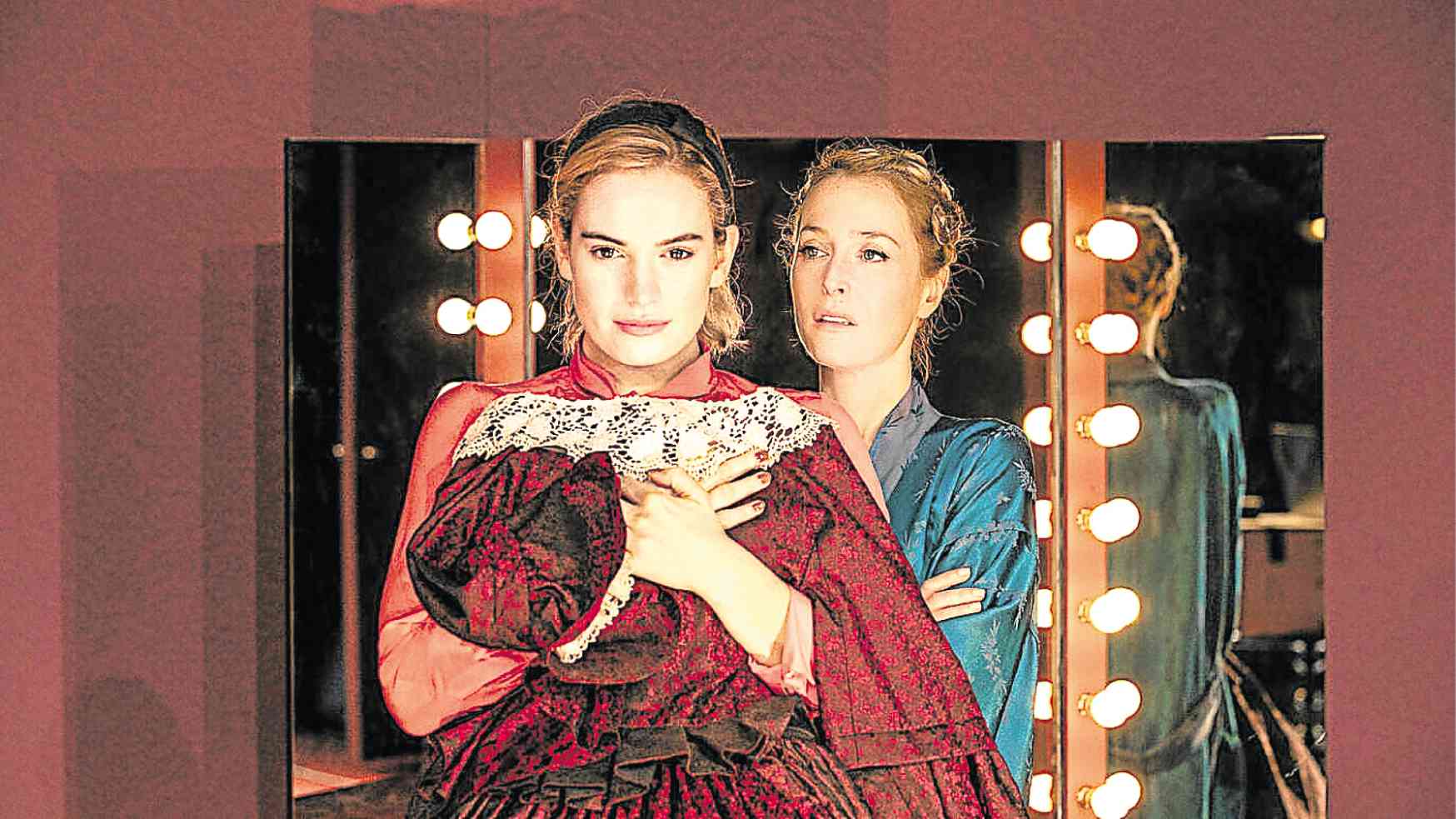 LONDON—“Fasten your seat belts, it’s going to be a bumpy night.” For his latest play, prodigious Belgian director Ivo van Hove turns the bumpy challenge of reviving the well-loved screen classic, “All About Eve,” into an opportunity to reassess and reiterate Joseph L. Mankiewicz’s cautionary reminder of the transient nature of youth, beauty and stardom.

For viewers unfamiliar with the 1950 film, think “Bituing Walang Ningning” with a darker tone and greater thematic pertinence.

Gillian Anderson, the play’s lead actress, knew she had big shoes to fill when she decided to portray Margo Channing in the current West End adaptation of the acclaimed film. 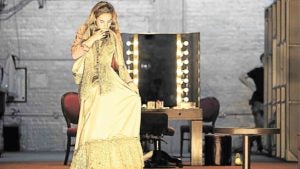 Understandably, the star of “The X-Files” and “Sex Education” had good reason to be wary of the task at hand—a single misstep would have critics and theater aficionados taking her to task for tampering with Bette Davis’ enduring portrayal of aging Broadway actress Margo as she navigates the “damned if you do, damned if you don’t” complexity of her bare-toothed rivalry with Eve Harrington (Anne Baxter), her ambitious but similarly gifted young assistant. If it ain’t broke, don’t fix it, as they say.

Luckily, Gillian is more than up to the challenge. With flair, panache and convincing aplomb, she delivers a transfixing portrait of a celebrated actress in the throes of physical decline. She becomes more and more aware of her dispensability as she acknowledges the ticking of the clock.

Margo looks half her age—she turned 50 three months ago—but she’s getting increasingly antsy about playing characters in their 20s and 30s. You can’t help but chuckle when you hear her warily intone, “Funny business … a woman’s career.” 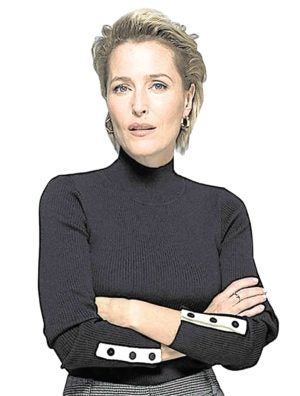 Then, there are those TV monitors judiciously placed by set and lighting designer Jan Versweyveld in his gorgeously imagined set. With reality TV-channeling monitors around, Margo’s dilemma gets unflatteringly magnified by Van Hove’s “live-cinema” approach when we see close-ups of the lovely actress as she examines the facial lines that are getting more pronounced by the day. This further blurs the line between fourth wall-breaching fact and fiction.

Margo may be brilliant, but she’s trapped in the absurdity of a sexist, image- and age-obsessed industry shaped by society’s unrealistic standards for beauty.

The arrival of Margo’s avid fan, Eve (Lily James of “Mamma Mia! Here We Go Again” fame), who watches all her performances with stubborn devotion, sets the theater star’s bigger woes in motion.

Then, Eve sees an opportunity worth pursuing when Margo’s understudy gets pregnant. She auditions for the role—and gets the part! But you know something is amiss when Eve picks up Margo’s costume and tries it on for size.

In no time, “All About Eve” evolves into a horror story about a fan who stalks and studies her idol’s every move, then happily steps into her spotlight when she gets her chance!

It’s hard to find an actress with a more distinctive temperament and thespic sensibility than Bette Davis. In Joan Collins’ one-woman show, “Unscripted,” which we saw the other day, the star of “Dynasty” recalled how terrified her coactresses were on the set of “The Virgin Queen,” which starred the perpetually cranky Bette.

The recollection of Celeste Holm (who played Karen in the big-screen version) about her experience meeting Bette on the first day of shooting “All About Eve” was even more fascinating. She recalled, “I walked onto the set and said ‘Good morning’ [to Bette]. Do you know her reply? ‘Oh, sh*t … good manners!’ I never spoke to her again—ever!”

Gillian would have been foolish to try to approximate Bette’s ballsy behavior, but she manages to limn a flawed but fabulous version of Margo Channing that mirrors the character’s palpable fears and insecurities as much as her bloated sense of self. She even manages to demonstrate her competent singing chops in a somber musical number that allows viewers a peek into Margo’s delicate vulnerability.

Thankfully, Lily James also acquits herself well with a complementary portrayal that simmers with carefully concealed ambition. To her credit, she could choose to go over the top and chew scenery, but she quite admirably resists the urge to show off.

We have become Van Hove’s instant fan since we watched his spare but inventive staging of Arthur Miller’s “A View from the Bridge” in 2015, and we’re only too happy to note that his fresh spin on “All About Eve” is just as sharp and innovative. Besides, it isn’t easy to reimagine a Bette Davis classic that has stood the test of time—and emerge unscathed for daring to be different!