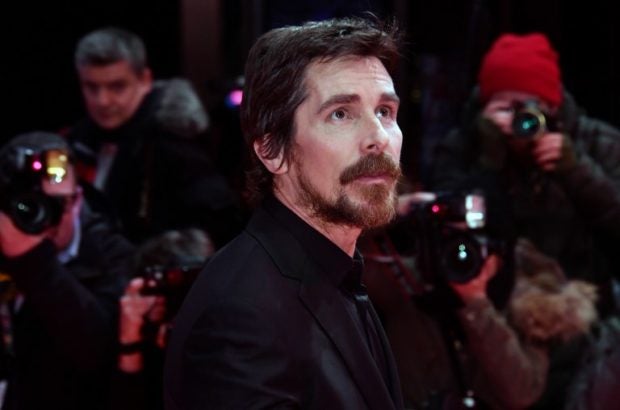 British actor Christian Bale poses on the red carpet ahead of the screening for the film “Vice” at the 69th Berlinale film festival on Feb. 11, 2019 in Berlin. – The Berlin film festival will be running from Feb. 7 to 17, 2019. Nearly 400 movies from around the world will be presented, with 17 vying for the prestigious Golden Bear top prize. Image: John Macdougall/AFP

“Vice” star Christian Bale said Monday that Dick Cheney made for a much richer movie character than Donald Trump ever could because he exercised his massive power “in the shadows.”

Speaking at the Berlin film festival where the Oscar-nominated movie is screening out of competition, the Welsh actor said the former United States vice president had been “phenomenally pivotal for the last few decades in America and global situations in politics.”

“Even though he might have led to this era, he’s entirely different from Trump in the way that Cheney was always terrible at retail politics and didn’t like it at all. With Trump it seems to be the only thing he likes,” he told reporters.

“Cheney understood the power of silence… Trump can’t be accused of that. He enjoyed knowing that true power was being in the shadows and working in that way.”

Bale, who gained more than 40 pounds (18 kilograms) to play Cheney, said he couldn’t imagine making the effort it would take to embody the current occupant of the White House because he found his character uninteresting.

“But remember those books ‘For Dummies’? You’d start with that, wouldn’t you? Dictatorship for Dummies. That’d be the beginning.”

The “Dark Knight” star said he had had difficulty imagining himself as Cheney at first, but that he was drawn to his contradictions.

“In terms of actual consequences of choices made and everything and power — (Cheney was) far more powerful and terrifying than any other character I’ve ever come close to playing, any iconic character,” he said.

“One thing that’s essential is that you’ve gotta know you’re going to be obsessed with it (a character) for at least three months, otherwise you’re going to get bored part-way through filming which wouldn’t be good news.”

“Vice” director Adam McKay said that zooming in on Cheney helped to analyze the current moment in U.S. politics, including the influence of rightwing media outlets and the opening of the money floodgates in campaign financing and lobbying.

“I personally don’t feel motivated to do a portrait of Trump. He’s more the result of 50 years of a certain kind of policy that followed the Reagan revolution, the Republican revolution in America,” McKay said.

“That’s really what the change was and what attracted me to Dick Cheney’s story is that… he’s right in the middle of that.”

McKay called his film, which spans Cheney’s early adulthood in 1950s Wyoming until he solidified his grip on power under President George W. Bush in the early 2000s, a “comedy-tragedy” made in hindsight.

He said current developments in the Trump administration challenged chroniclers because they seemed to be constantly redefining the rules of the game.

“The world around us right now tends to defy genre — it’s both ludicrous and horrifying and obscene and occasionally moving,” he said.

“Vice” is nominated for eight Academy Awards including Best Picture, Best Actor and Best Director, to be announced on Feb. 24. MKH