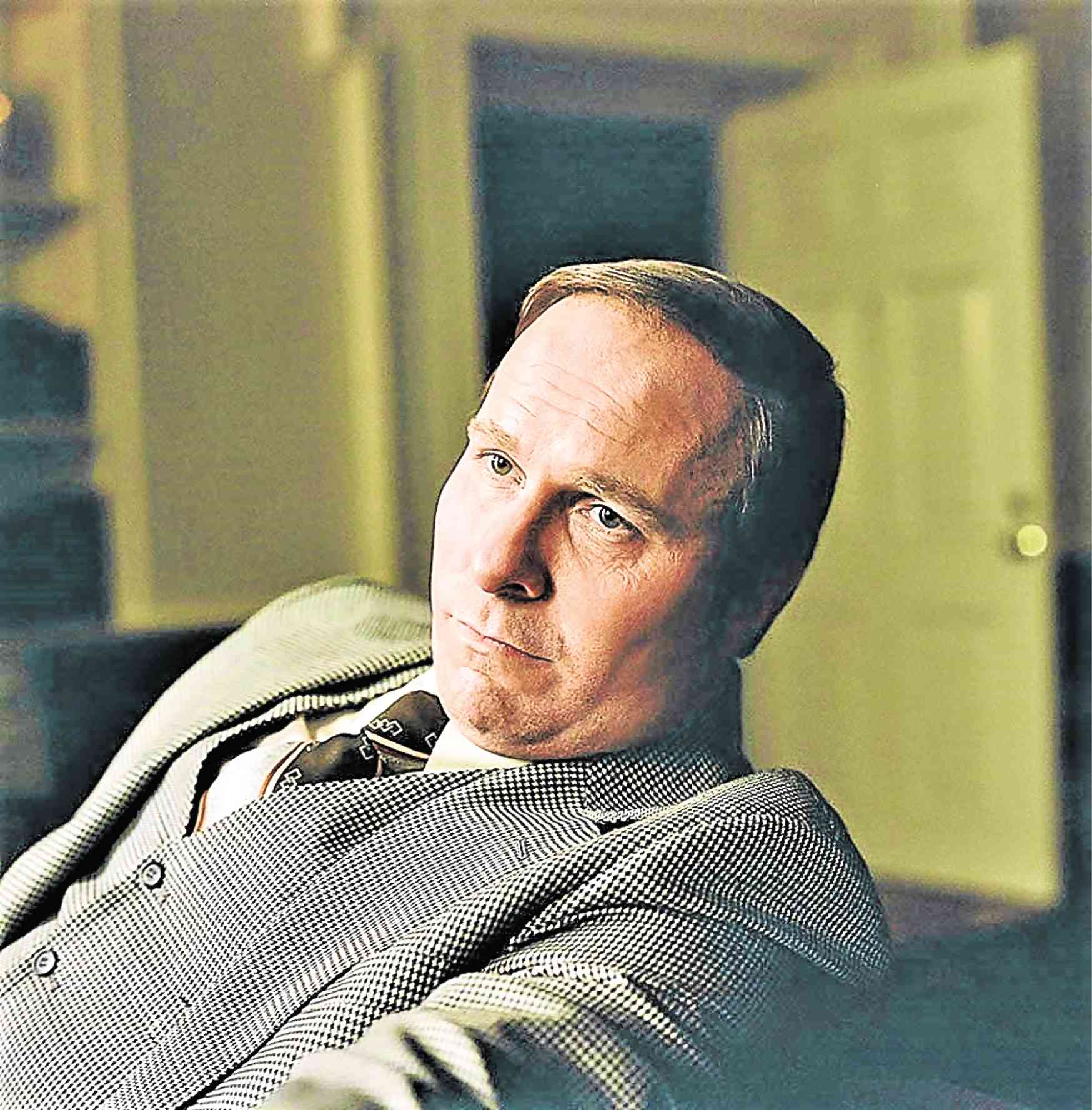 LOS ANGELES—One of the many big questions in this awards season in Hollywood is: Is Adam McKay’s “Vice,” starring Christian Bale as the former US Vice President Dick Cheney, a comedy or drama? The answer to that question is crucial in the Golden Globe Awards, which has two best picture categories: drama and comedy/musical.

So when we recently interviewed Adam, who wrote and directed the biopic with Christian gaining 45 pounds to play the Veep when George W. Bush (Sam Rockwell, spot-on) was the President, that was the hot question.

Add Dick Cheney to Christian’s growing list of memorable portrayals. The actor is unrecognizable as the 46th Vice President who, thanks or no thanks to “Dubya,” became the most powerful Veep in American history. Ironically, Wiki also describes Cheney as “among the least favored politicians in the history of the United States.”

Under the direction of and delivering the words of Adam, who was the head writer of “Saturday Night Live” until he teamed up with Will Ferrell in a series of hit comedy films, the other actors in “Vice” are equally fun to watch—Amy Adams (Lynne Cheney), Steve Carell (Donald Rumsfeld), Tyler Perry (Colin Powell) and Alison Pill (Mary Cheney).

Eloquent and engaging in person, Adam—who initially auditioned to join the “SNL” cast and was rejected, and wrote sketches for the show, instead—won a 2016 best adapted screenplay Oscar for “The Big Short.”

The “Funny or Die Presents” creator later e-mailed a note to us about our interview: “Exchanges like that are what I always imagined would happen around films and filmmaking. Honestly, they’re quite rare nowadays.
As we continue to decipher the strange times we live in, I don’t think I’ll forget anytime soon the day we all sat around and debated whether we should laugh or cry.”

The big debate about “Vice” is whether it’s a comedy or drama. What is your answer to that question? I have to be honest. We have the same debate with the movie. It’s a tricky thing, given what is going on in the world right now and you see the suffering that resulted from that era with Cheney and Bush. Yet, at the same time, we’re living with it now. The means that got us there are so ridiculous. The idea that George W. Bush, when he left college, worked for a tropical plant company and he had a 10-year gap in his employment history and we elected him President is ridiculous.

And the idea that Cheney knew that this was an opportunity for power is undeniably funny. But then, the outcome of this is so awful and tragic. We just finished mixing the movie a couple of days ago. In one screening, I would watch it and laugh, then the next screening and last night’s screening, I actually had tears in my eyes in the end.

So we have struggled with that very question. Ultimately, I felt like the stylistic pieces that were in the movie, obviously these are things not to let out to readers who haven’t seen the movie, (SPOILER ALERT) but the Shakespearian device, the fake ending, Alfred Molina’s incredible cameo in the movie, the little scene at the end (END SPOILER ALERT) there were enough scenes that were so darkly comedic that we did lean toward comedy.

But there are scenes of torture. Sometimes, it was like watching a film about Nazi Germany. When I filmed those scenes, I felt a quiet reverence toward the suffering that we were representing. I made a point of quietly thanking the actors who showed the waterboarding and who showed the family.
For me, the scene that gets me every time is the family under the table with the crying children. We killed 600,000 people in Iraq.

Yet, the way we got there was through this ridiculous comedy of errors of George W. Bush, marketing and talking points. It’s a weird story. It’s very dark at the bottom, but ridiculous at the front end. 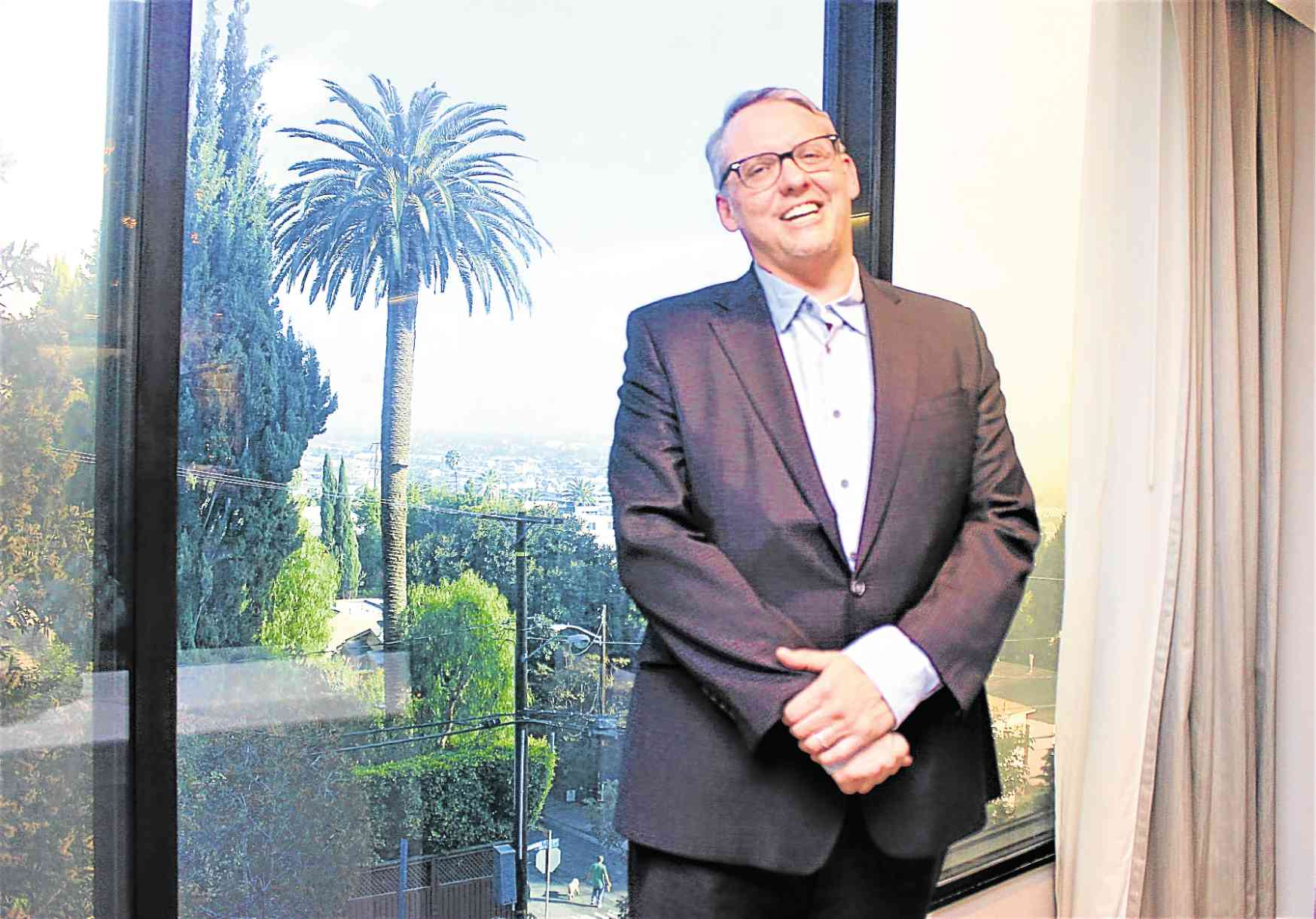 Talk about the casting. Everyone was spot-on. It was one of those cases where, because of the amount of research I had to do on the movie, I didn’t have that amount of time to meditate on who would be the perfect person. The only thing I can tell you is that immediately, I knew I wanted Christian Bale as Dick Cheney. Then, as I dug into the script, the other actors became very apparent.

Sam Rockwell was another one that was pretty quick. He asked to be Bush. I have obviously worked with Steve Carell for a long time. Amy Adams was one of the first names who came to mind. So this was one of those great cases where a writer actually got the actors he wanted.

Presuming that you never spoke to Dick Cheney, how did you research and find out the details of his life? If you read his biography, it’s like a court deposition. There is no deviation, and everything is just logic and recounting.

So there was a moment that got really exciting. I have never experienced this on a movie before, where it almost became like radiotelescopy. It was like if you see that star or that planet, if it’s being affected by something, why would that be? I would read another book and another article.

Oddly, one of the characters was Lynne Cheney. She wrote a biography called “Blue Skies, No Fences.”

I got a lot out of her and books that were about the Ford White House or the Bush White House.

How did Dick Cheney land in the White House despite his past record? How did he go from a guy who got two DUIs (driving under the influence convictions) to being in the White House? That was a section of the movie we actually struggled with because we originally did have the whole description of how he got there.

So there are different versions that we tried. We settled on the opening credits and seeing little flashes of how he changed his life.

Then, Lynne told him, “Enough.” So, he started staying at the work site with a 90-year-old World War I veteran in a trailer. They would eat canned food together, and the guy would tell him stories about World War I.

Without going into details for the benefit of the moviegoers, can you talk about a scene involving a beating heart? Because it’s ironic that people have said for years that Dick Cheney does not have a heart. It’s one of the things that led me to make the movie—reading the books and the articles about the idea that he was a guy who started with this ambition for his family and children. By the end, we gave it all away.

And Dick Cheney’s heart, his love for his family, he ended up taking it from the people he was supposedly serving. And the idea that he gave it away, and the idea that ambition twisted into something else. So that was definitely a central metaphor.