Brandi Carlile as nervous for Clive Davis’ gala as Grammys 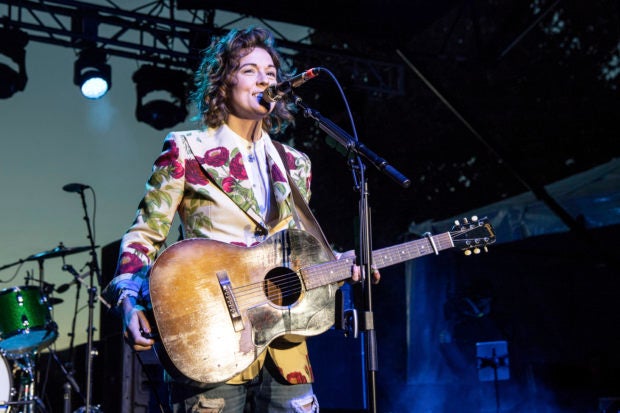 In this Dec. 2, 2018 file photo, Brandi Carlile seen at One Love Malibu at King Gillette Ranch in Calabasas, Calif. Carlile says she is feeling the pressure of performing at Clive Davis’ star-studded party the night before the Grammy Awards. While sitting alongside Davis, the singer said Thursday, Feb. 7, 2019, she is just as nervous taking the stage at his pre-Grammys gala Saturday than performing at the actual Grammys the following evening. Image: Invision/Amy Harris via AP

Brandi Carlile will perform at the Grammys on Sunday, but she’s just as worried to hit the stage at Clive Davis’ star-studded party the night before the big awards show.

While sitting alongside Davis, Carlile said Thursday she is feeling the pressure of performing at his famed pre-Grammys gala on Saturday night. It didn’t help matters when Davis rattled off several names of attendees including members of Metallica, Joni Mitchell and Sammy Hagar.

“I’m almost as nervous to perform at the gala as the Grammys,” Carlile said during an interview at the Beverly Hilton Hotel. The singer is nominated for six Grammys, including three big categories — record, album and song of the year.

Carlile’s recent album “By The Way, I Forgive You” was critically acclaimed. The singer-songwriter-instrumentalist is one of the nominated female musicians who will be taking center stage at the Grammys, a year after female singers were shut out of the show’s major categories.

The 2018 Grammys only had Lorde as the only woman nominated for album of the year, and she was not given a performing slot at the show. This year, there are five female nominees.

Carlile said she is happy with the progression.

“It was very encouraging for me and encouraging for young girls from small towns anywhere that needed to see other women being successful,” she said. “I’m really proud of them for that, and pleased to be a part of it.”

On Saturday, Carlile will attend and perform at the gala for the first time. The party is so exclusive that some famous people have been turned away at the door.

“It’s legendary,” she continued. “It really is a room full of people that I admire on a monumental level. In that way, it’s equally as terrifying and it’s exhilarating for me, but I’m ready for it.”

Davis said Carlile is ready for the moment, calling her the “real deal.” The veteran music executive said Travis Scott will also perform at the gala.

Previous performers at the gala have included Chance the Rapper, Maxwell, Whitney Houston and Alicia Keys.

“We celebrate music and it’s done like no other evening, throughout really the world,” he said. “My hope is that we have the same results because my mind is filled with the memories of Whitney breaking there, and Alicia Keys… It’s the best of contemporary music.” CC