Michael V. and his wife, Carol Bunagan, renewed their marital vows to celebrate their 25th wedding anniversary on Thursday.

“I just remarried the woman I have loved for 25 years,” the comedian posted on Instagram, sharing photos of him kissing his wife during the vow-renewal ceremony held in Amanpulo in Palawan.

“Happy Anniversary @ayoito!” he lovingly told his wife. “I love you! Always have. Always will.”

He first teased that he and his wife were on the island in another Instagram post, in which their guest assistant Ron gave them some “simple instructions.” 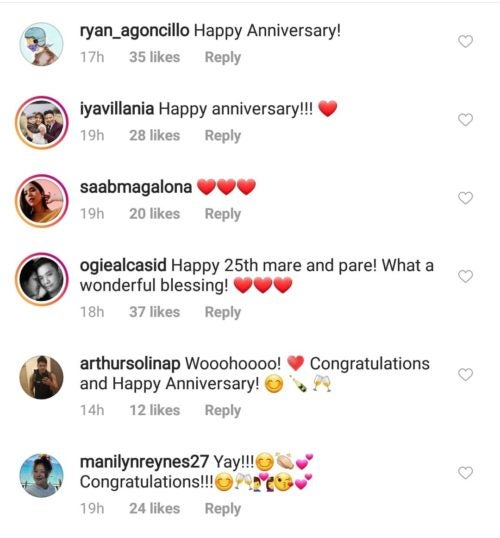 He and Carol first got married in a civil ceremony in April  1994, then in a church ceremony in February 1998, as per the Philippine Entertainment Portal. The couple have four children.  /ra