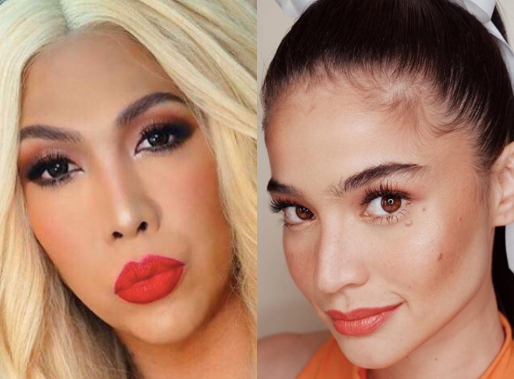 Vice Ganda did not mince words when he gave Anne Curtis an earful during the “Tawag ng Tanghalan” segment on “It’s Showtime” yesterday, Feb. 5.

Vice Ganda and Curtis were asking a contestant if he had ever courted a girl or fallen in love seriously, to which he answered no. Vice Ganda then broke out into Janet Jackson’s “Let’s Wait Awhile” and was joined by Curtis.

It did not take long before Vice Ganda stopped singing, however, and called out Curtis for joining him.

A laughing Curtis defended herself and told Vice Ganda it’s because she knew all his favorite songs.

Curtis then interrupted him to sing “So Slow” by Freestyle, which “irked” Vice Ganda even more.

He then egged Curtis on to sing the song as she said she already knew how to harmonize. As the audience applauded her rendition, Vice Ganda cut her off and told her to stop.

Vice Ganda was referring to Curtis’ last concert, “Anne Kulit”, which she held at the Smart Araneta Coliseum on Aug. 18, 2018, to mark her 21 years in the entertainment industry.  Although not really a singer, Curtis sure loves to sing, and has gone on to headline past concerts such as AnneBisyosa back in 2012 and AnneKapal in 2014.  /ra