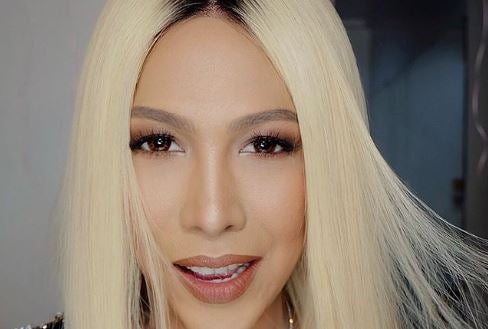 Comedian and host Vice Ganda did not hold back when he shared just some of the struggles he has to endure as a gay man, during the “Tawag ng Tanghalan” segment on “It’s Showtime” yesterday, Oct. 15.

For some, using the restroom is one of the most mundane things a person can ever do. When nature calls, it is almost in robotic fashion that one makes his or her way to the restroom to relieve one’s self. But for Vice Ganda, such is not so simple, as he shared to co-host Vhong Navarro and their audience during the variety show.

(You know, all these men, they all think bad about gay men [who enter male restrooms]. That’s why I do not use male restrooms, I get annoyed. When a gay man enters a male restroom, men who are in there urinating [move away, as if evading something].)

(You think we would get it? So malicious.)

Vice Ganda continued on with his sentiments, saying that he cannot just go inside a female restroom because he also feels judged.

(I cannot enter women’s restrooms too. Some women complain, “What’s that? Why is a man using this CR?”)

Vice Ganda’s ostensibly lighthearted rant, however, sheds light on the elephant in the room. And it did not take long until he finally voiced his concern in regard to the Sexual Orientation and Gender Identity or Expression (SOGIE) Bill, also known as the Anti-Discrimination Bill.

He did not hesitate to call out senator Joel Villanueva and senate president Tito Sotto, both known for staunchly thumbing down the idea of same-sex marriage.

(We are appealing to senators Joel Villanueva and Tito Sotto, to already pass that bill. It’s so hard. So we can avoid conflict. You don’t want us there, you don’t want us here, then give us our own.)

(Or else we’ll pee on your doors. You like that?)

The SOGIE Bill has yet to see the light of day, despite notable figures such as celebrities voicing out their support for the said bill. Anne Curtis and Iza Calzado, back in July, reached out to Villanueva, Sotto and senator Manny Pacquiao as a call for support for the bill. Heart Evangelista and Tootsy Angara, too, are one with the LGBTQ+ community as they wore rainbow pins to the State of the Nation Address that same month.

Under the SOGIE Bill, it would be illegal to “out” or reveal the sexual orientation of a person without his or her consent. Other offenses include engaging in discriminatory speech that insults and vilifies the practices of the LGBTQ community, denying the LGBTQ community access to private medical and health services based on their gender, and forcing them to undertake psychological examination as a means of determining or altering their sexual orientation.

The offenses shall be penalized with a fine of not less than P100,000 but not exceeding P500,000. Imprisonment, meanwhile, ranges from one year and 10 years. JB