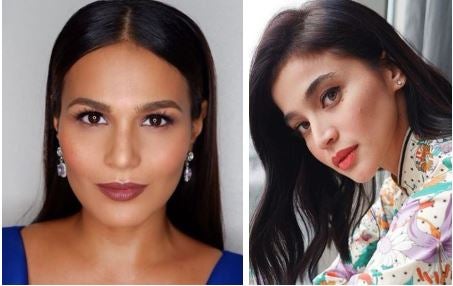 The past few days saw personalities such as Heart Evangelista and Tootsy Angara expressing their full support for the LGBTQIA+ community by rallying behind the SOGIE (Sexual Orientation and Gender Identity or Expression) bill.

This time, Anne Curtis and Iza Calzado made their convictions known, too, after taking to their Instagram to voice out their support for the bill.

Curtis took to her Instagram Stories last July 24 to share a “supporter kit” she made for supporters and allies of the SOGIE bill.

“Love is all we need,” wrote Curtis. “Got messages from my friends from the LGBTQIA community and even if I stand with my dear friends completely, I still wanted to fully understand what the SOGIE Equality Bill is.” 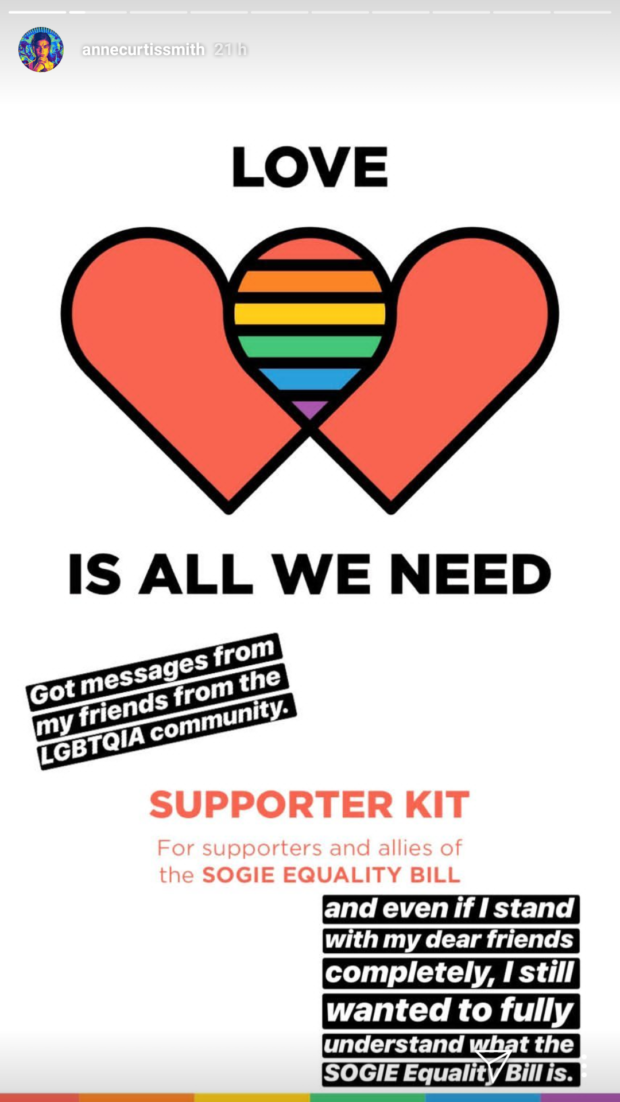 In another Instagram Story, she shared some basic information about the SOGIE Bill.

The SOGIE bill, which is also known as the Anti-Discrimination Bill, “seeks to protect individuals against sex and gender-based discrimination, which include denial of access to public services, health services, employment, and education.”

Congressmen passed the SOGIE bill on third and final reading in September 2017, a victorious moment for the LGBTQIA+ community. 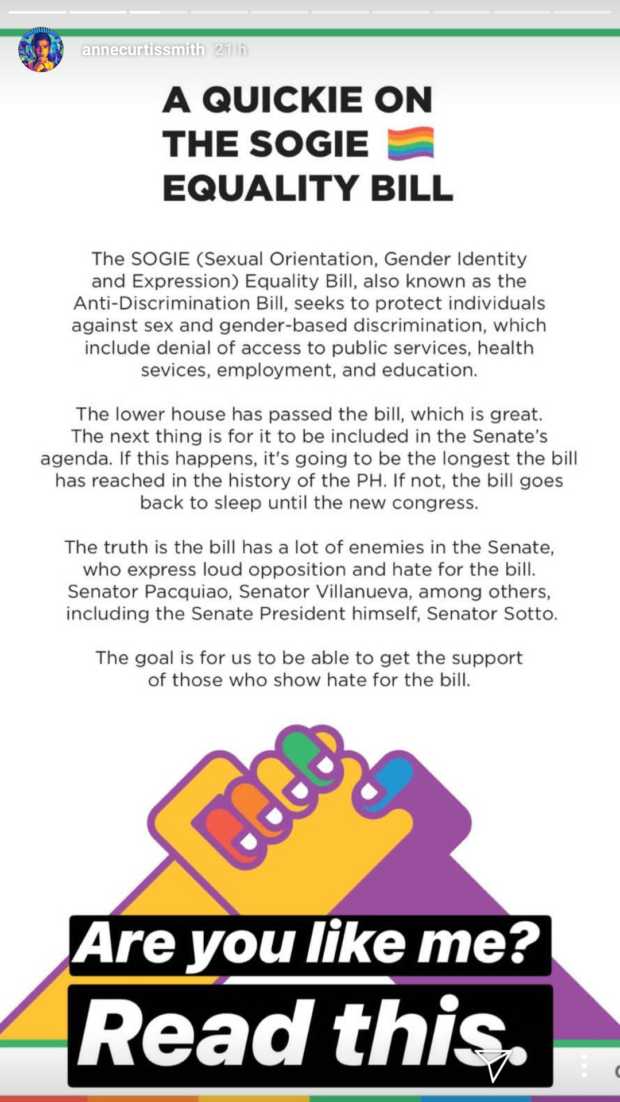 “My whole team – people I love and spend every day with, are members of the LGBTQIA community,” Curtis continued.

“There’s nothing more I want for them than to have equal rights as citizens of this country. AND to live a life that is free of discrimination and they can express themselves freely knowing that they are loved and protected by the country they call home.”

Pacquiao is notoriously known for having compared gays to animals in the past, his infamous words “mas masahol pa sa hayop” being the object of flak and scrutiny by many.

Sotto and Villanueva, on the other hand, are two senators who thumbed down the idea of legalizing same-sex marriage in the Philippines. 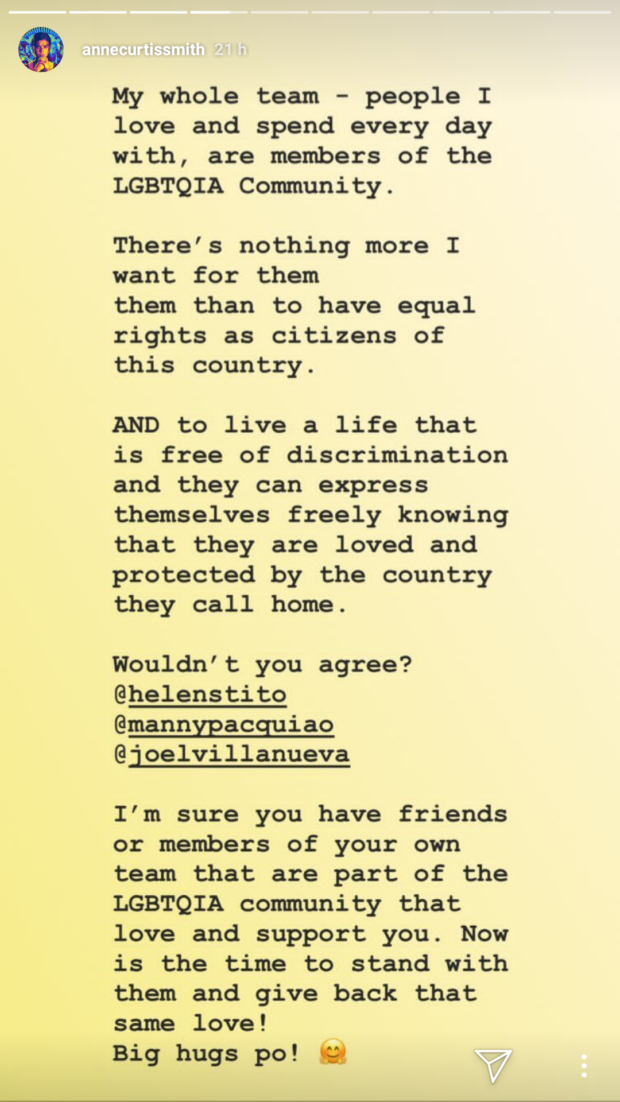 “I’m sure you have friends or members of your own team that are part of the LGBTQIA community that love and support you,” Curtis addressed the three senators. “Now is the time to stand with them and give back that same love!”

Iza Calzado, too, expressed her support for the SOGIE bill. Like Curtis, she used the power of her Instagram platform to rally for the cause she holds dear.

“Supporting the SOGIE Equality or Anti-Discrimination Bill all the way because I believe in EQUALITY,” wrote Calzado. “I want every other human being to have the same rights and privileges that I enjoy.”

Supporting the SOGIE Equality or Anti-Discrimination Bill all the way because I believe in EQUALITY. 🏳️‍🌈 I want every other human being to have the same rights and privileges that I enjoy. Lahat naman tayo ay pantay pantay, hindi po ba? We know your kind hearts know and understand this and we will have your support too. Hugs! 🌈 @helenstito @mannypacquiao @joelvillanueva #loveisallweneed

“We know your kind hearts know and understand this and we will have your support too. Hugs! @helenstito @mannypacquiao @joelvillanueva #loveisallweneed.”  /ra

What is chloroquine and could it cure the coronavirus?