Kapuso stars in the mood for festival merrymaking 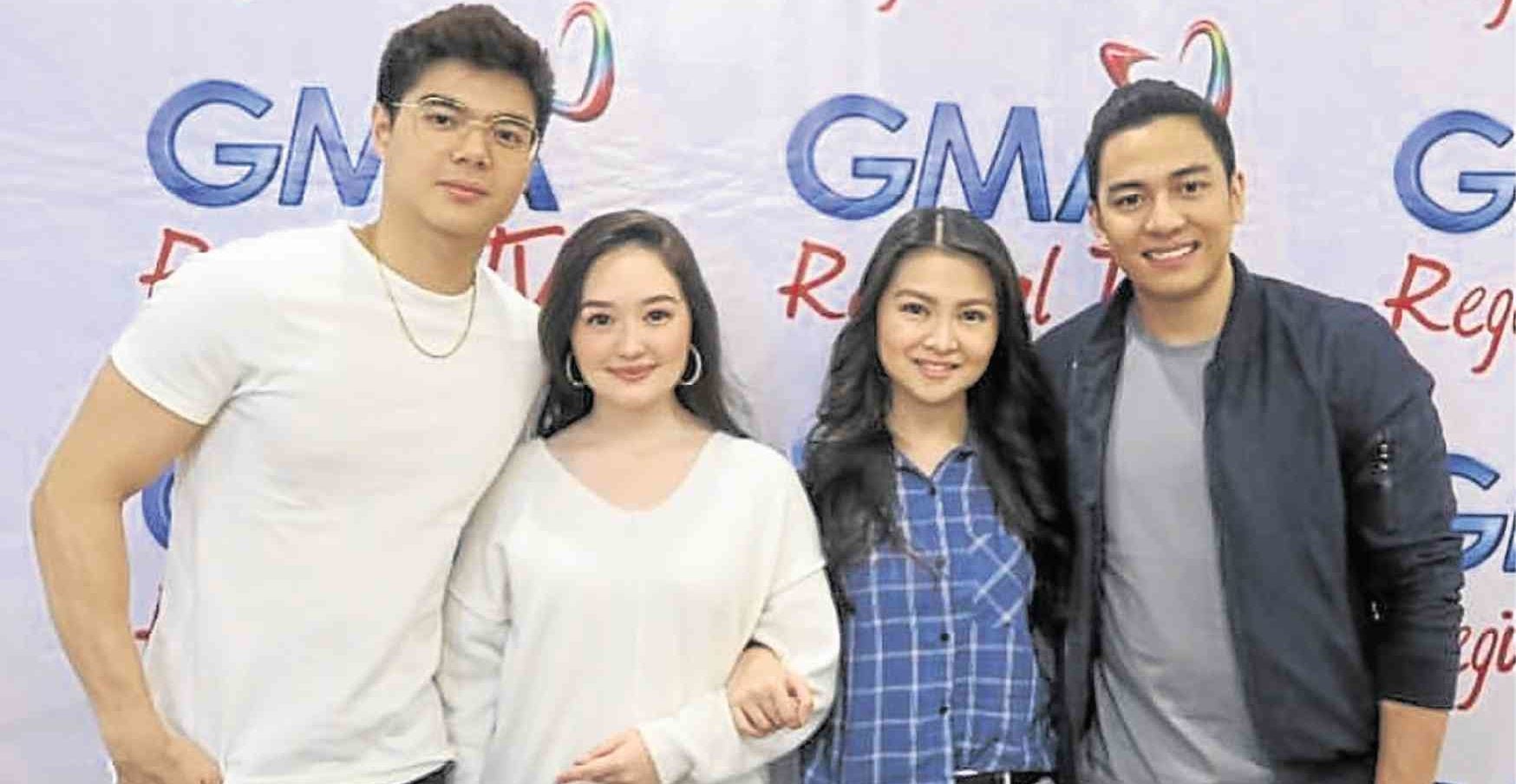 Kapuso hotties and the City of Love go together well. So, it was such a hearty celebration of Iloilo’s Dinagyang festival as GMA Regional TV (headed by Oli Amoroso) brought its stars closer to Ilonggo fans. Heartier than a bowl of the city’s famous La Paz Batchoy.

The cast of “Kara Mia” (KM), Barbie Forteza, Mika dela Cruz, Jak Roberto and Paul Salas were joined by Kyline Alcantara and Therese Malvar of “Inagaw na Bituin” (INB) in a mall show at Robinsons Place, which was filled to the rafters.

The lead stars of “Dragon Lady” (DL) Janine Gutierrez and Tom Rodriguez, along with Yasmien Kurdi and Dion Ignacio of “Hiram na Anak,” regaled the jampacked crowd at SM City.

An added treat was Julie Anne San Jose and Christian Bautista’s concert, “The Sweetheart and the Balladeer,” with Donita Nose, Super Tekla and the grand champion of “The Clash,” Golden Cañedo, at the Iloilo Convention Center.

Yode (an Ilonggo expression said when one is in awe)!

Here’s my chat with the celebs:

Since your meme-worthy series, KM, is about facial duplication (two faces in one body), hypothetically, who would you want to be on your flipside?

Barbie: “Gorgeous” and “Call It What You Want”

When you have “tampuhan,” does it get in the way when you’re on the set?

Barbie: We hardly fight, except when Jak rides his motorcycle, which I hate. At work, we set personal issues aside. Although, we maximize break time by squeezing in a little lambingan.

What excites you about your new show, DL?

Tom: Just like “My Husband’s Lover” was not the usual depiction of gays, DL is another brave attempt to break stereotypes. We will show a different dimension of the Filipino-Chinese culture. I’m learning how to speak conversational Mandarin for my role. That’s how much I’m into it. 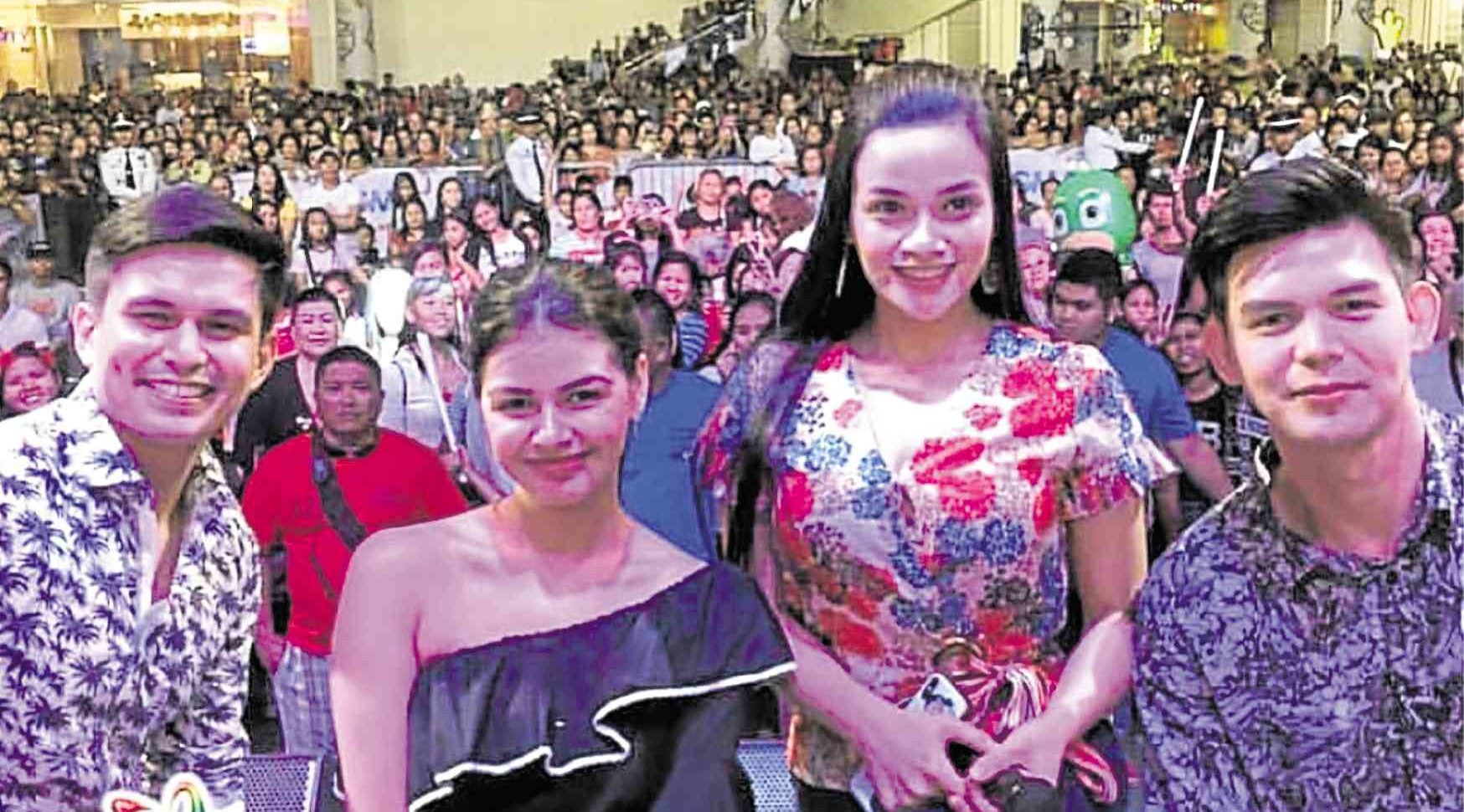 Janine: It’s my first time to act with heavy prosthetics (dragon-like features) on, so I’m all revved up to try something new.

Any marriage plans yet?

Janine: Not in the near future.

Tell us about your baby.

Dion: My baby girl Dylan Hailey, who is 1 year and 7 months old, is my lucky charm. Since she was born, I never ran out of projects.

Will you allow your daughter to join show biz?

Yasmien: Only after she finishes her studies. I don’t want her schooling to get disrupted like mine. I had to … [quit] school because my parents could no longer afford it. I joined show biz so I could send myself to school. After my unfinished courses (nursing and foreign service), I’m finally graduating in April (political science) from Arellano University.

Since your show, INB, is about professional rivalry, how do you handle it in your work as an actress?

Kyline: I practice the art of “deadma” and keep a positive attitude.

Therese: I always tell myself that if others can do it, so can I.