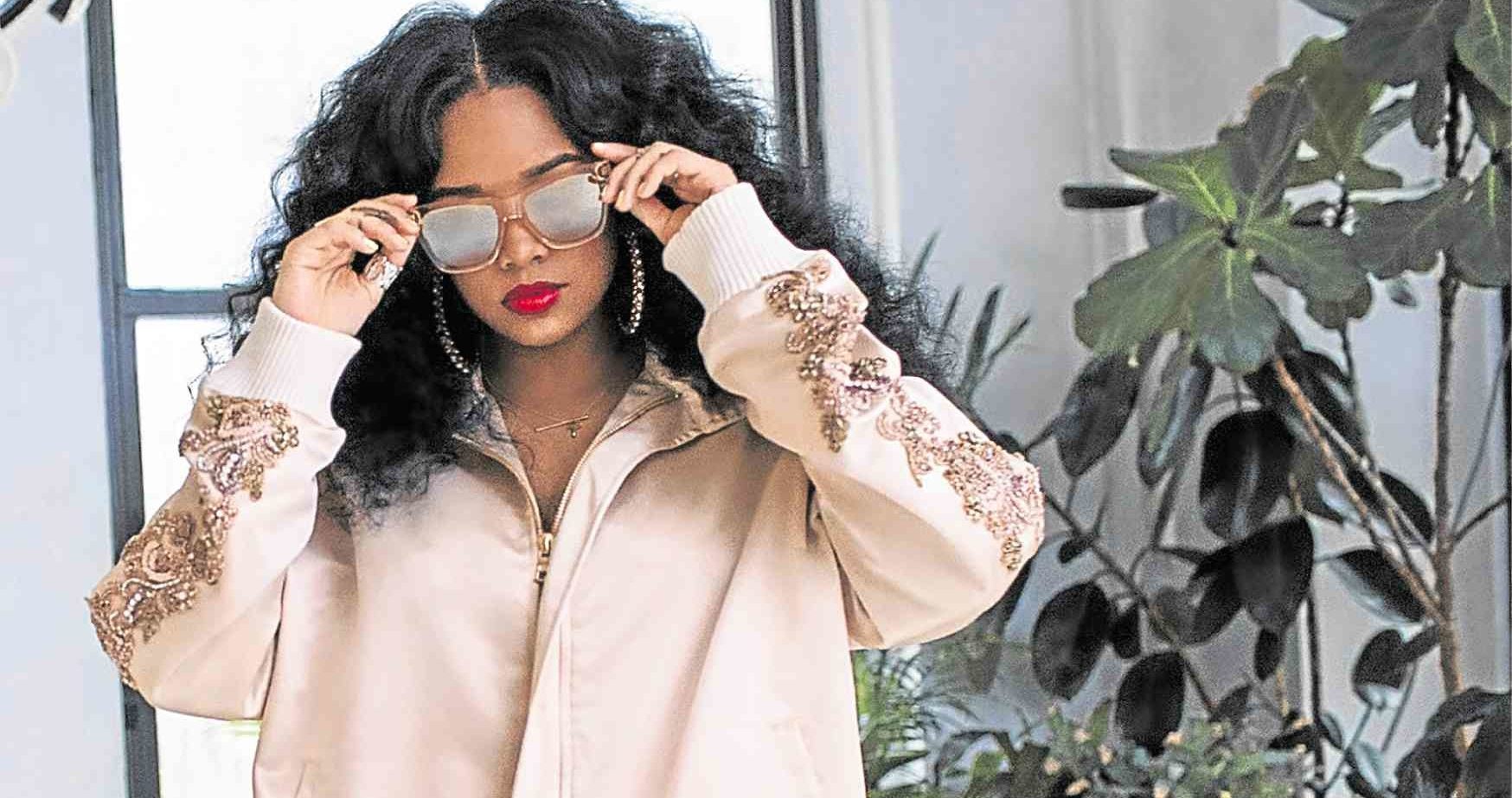 The rising Filipino-American R&B singer-songwriter who goes by the name H.E.R. grew up with her grandparents at home. She’s used to having rice for breakfast, lunch and dinner—preferably with tocino or longganisa.

Sometimes, she goes for pancit. The cassava cake and leche flan her Filipino mother whips up are her favorites.

And karaoke? “Absolutely!” she told the Inquirer in a recent telephone interview arranged by Sony Music Philippines. “We actually have the Magic Mic in the house!”

But the 21-year-old artist’s Filipino heritage—and the value she puts on it—isn’t just limited to the food she eats or the random quirks she experienced as a child. It bleeds into who she is as a musician and as a person.

“I’m so proud to be Filipino. And when I think about what I do this (music) for, I think about the values of my mother, who’s one of the kindest people I know,” H.E.R., whose father is African-American, related. “We’re not very materialistic, and we care about family, which is a very important aspect of Filipino culture.”

“And giving and making an impact on people is something I definitely got from my mother,” she said.

To make sure that the focus remains on her music, H.E.R. has kept a low profile, and her identity, an enigma of sorts, since releasing the first volume of her self-titled EP in 2016: She usually does live performances, interviews or photo shoots wearing sunglasses to obscure her face; her social media presence is mostly for work purposes.

Intrepid fans on the internet did a little sleuthing and concluded that H.E.R. is actually the child prodigy Gabi Wilson, who appeared in the “Today Show” many years ago, playing songs by Alicia Keys. H.E.R., however, has yet to confirm or address this.

H.E.R., who presents an R&B sound that’s fresh and old-school; dreamy and sensuous at the same time, is behind the hits “Focus,” “Losing” and “Could’ve Been.” She’s also featured in singer Daniel Caesar’s elegant, platinum-selling R&B ballad “Best Part.” And fans and critics alike are taking notice.

“It’s amazing. I was so excited when I found out. I don’t know how to describe the feeling,” said H.E.R., who is also one of the performers at the 61st Grammy’s, which takes place on Feb. 10. “I just thought that all the hard work has paid off. It was a crazy moment.”

The rest of Inquirer’s interview with H.E.R.:

In the album of the year category, you’re up against the likes of Kendrick Lamar, Drake, Cardi B, Janelle Monáe. How does that feel? I just feel so honored. We were talking a while back how Bruno Mars was another artist [of Filipino descent] who got nominated for album of the year … representing the Philippines!

Are you more worried about the results or the performance? A little bit of both. I’m really more excited. The nerves are more of excitement. I will do rehearsals, and just try to enjoy it and not get too anxious about it. I look forward to it.

Your song “Could’ve Been” also made it to Barack Obama’s list of favorite songs for 2018. It’s amazing. He has really good taste! (laughs) Knowing that he listens to my music … I feel like I have made it!

What’s it like to have an artist like Alicia Keys take you under her wing and mentor you? She wasn’t so much a mentor, but more so a big sister. She’s somebody I looked up to as a child. I was inspired by her music.

One time, when I was younger, about 15 or 16, she told me that all you need to make a great song are “three chords and the truth.” That meant a lot to me.

And coincidentally, she’s also hosting the Grammys. That makes it even more special. I have looked up to her for many years, and now she’s hosting the year I’m nominated. It’s a full circle moment.

You wanted to stay low-key. But after the Grammys, more people will surely be curious about you. I’m always going to be a low-key person, even though some people may have seen my face or know my name.

But it’s really a good thing. I can’t be mad at people being more curious about me.

That must be hard, especially now that social media, looks or aesthetics play a big part in just about everything. I guess so. But I have definitely maintained it and kept it about the music.

Keeping the distractions away, in what ways does it help you? It’s easy, especially as a female artist, to look at what other people are doing or how they look like; to think that I have to be like this or like that.

You must have a lot of sunglasses. I do! I don’t even know anymore how many pairs I have. And I lose a lot of them, too.

Do these nominations put pressure on you, as you work on new material for your first major album? I’m trying not to give in to the pressure, because it will only make you overthink the music you make. I have to continue to create based on what I feel and listen to my gut.

As an artist, what are the questions you always ask yourself? “What do you do this for? What do I want out of this?” I just genuinely love music. I remind myself of the things that really matter to me, why I do what I do. I have always felt that I have a greater purpose.