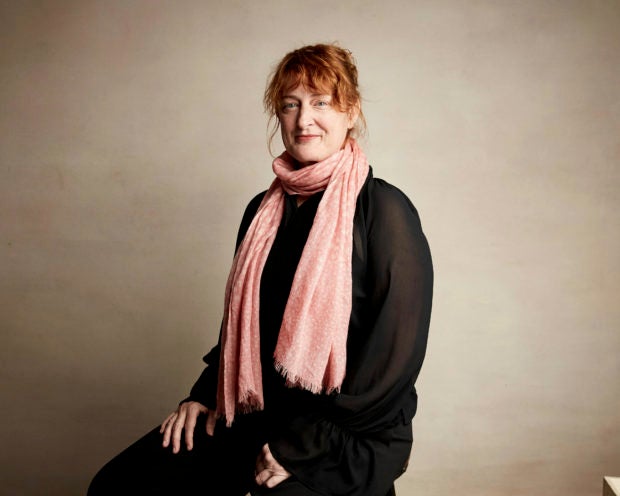 Director Jennifer Kent poses for a portrait to promote the film “The Nightingale” at the Salesforce Music Lodge during the Sundance Film Festival on Friday, Jan. 25, 2019, in Park City, Utah. Image: Invision/Taylor Jewell via AP

There’s an early scene in director Jennifer Kent’s film “The Nightingale” that is so relentlessly brutal, it’s become almost infamous and has evoked the most extreme reactions, both positive and negative.

And it’s not at all what Kent expected to happen. She thought she’d made a film about love. So why, she wondered, are some saying it is, “needlessly punishing” and that they’ll never watch it again.

The film screened for U.S. audiences for the first time at the 2019 Sundance Film Festival. It’s set in 1825 in Tasmania and follows an Irish convict, Clare, played by Aisling Franciosi, who hunts a British officer (Sam Claflin) through the wilderness seeking revenge for what he’s done to her and her family. It’s an epic, beautiful and demanding journey as Clare enlists an Aboriginal tracker (Baykali Ganambarr) to help her navigate the treacherous terrain. IFC plans to release it in theaters this summer.

It’s Kent’s first feature since her debut, “The Babadook,” which played at Sundance five years ago and went on to become a critical darling and modest box office hit. Its reception changed her life and made her realize that she had a career and could keep going as a filmmaker. Since then she’s been in demand, and has turned down “some good films” that she declined to name simply because if she’s going to spend years of her life on a film, she has to be passionate about it. So far, that’s only happened when she’s written it.

It’s why she nearly killed herself to make “The Nightingale.”

“I was seeing violence all around me and I’m a sensitive person and I was looking at a lot of violence and thinking, ‘What are we doing to each other? What are we doing to ourselves? Are there other ways through this?'” Kent said. “I wanted to tell a story about the necessity of love, compassion, kindness and empathy in a very dark time.”

She turned to her own country’s deplorable history of penal colonies and the Tasmanian genocide for inspiration.

“It was a very violent time,” Kent said. “Much more violent than was depicted in the film, believe it or not.”

The shoot was incredibly difficult on location with rough terrain and dangerous waters to contend with. At one point her star even fainted after being in the freezing cold river.

“It was just a nightmare,” she said. “And people were saying, ‘You’ll never do this, you won’t finish this film.’ And I thought ‘Yes, I (expletive) will, but it may kill me.'”

Kent is genuinely surprised at how polarizing it’s been, since, for her it’s ultimately a, “very positive film about love.”

“Some people have been so up in arms and say, ‘It’s so shocking!’ And I say, ‘Yes of course! Do you not think I’m shocked by this material myself?'” Kent said. “It is shocking and it’s my job to shine a light on that, not from some historical curiosity, but because I feel we’re in trouble in the world. And I wanted to speak about it.”

“My job is to communicate something in the purest form I can. To make it easier on the audience? I couldn’t do it! Sorry,” she said with a weary laugh.

“It’s quite stressful, but I put my hand up for it,” she said. “I think as a filmmaker we just have to accept that we can’t control what a story will do to someone.”

“The only thing you have as a filmmaker is your own point of view,” Kent added. “I feel proud that I had the guts to give over my own.” CC

‘I Am the Night’ reopens mystery of the Black Dahlia murder