‘I Am the Night’ reopens mystery of the Black Dahlia murder 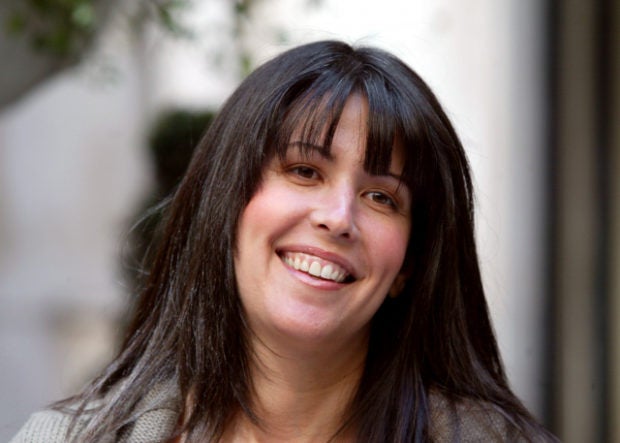 “The Black Dahlia” is getting the mini-series treatment from the director behind “Wonder Woman” and “Monster,” Patty Jenkins. Image: AFP/Francois Guillot

It’s a crime mystery that has inspired numerous books, films and even a death metal group: now the sensational and still-unsolved murder of a Los Angeles woman known as “The Black Dahlia” is getting the mini-series treatment from the director behind “Wonder Woman” and “Monster.”

The gruesome elements have become the stuff of legend: the mutilated corpse of dark-haired 22-year-old Elizabeth Short — supposedly an aspiring actress — was found by a passerby at L.A.’s Leimert Park on January 18, 1947, her body severed in half at the waist and her face slashed from the corners of her mouth to her ears.

In “I Am the Night,” coming to TNT on Monday, director Patty Jenkins tells the otherwise well-worn story in a novel fashion — through the perspective of her late friend Fauna Hodel (played by doe-eyed actress India Eisley), the granddaughter of George Hodel, one of the main suspects.

Given away at birth to an adoptive mother and raised with no ties to her biological parents, Fauna Hodel decides at the age of 16 to look for her genetic family — a path strewn with pitfalls and dark secrets.

The plot is based on real life, even if it was necessary, for dramatic purposes, to flesh out what remains an unproven theory, since the Los Angeles Police Department never solved the Black Dahlia murder.

The story revolves around George Hodel — portrayed by actor Jefferson Mays — a precocious child who goes on to become a talented surgeon and a great art lover, something granddaughter Fauna takes after.

Fauna eventually crosses paths with Jay Singletary (Chris Pine), a fictional journalist who specializes in pursuing the powerful in Los Angeles, a city where money and influence make everything right, especially with the police.

Following the success of 2017’s “Wonder Woman,” director Patty Jenkins has crafted a mini-series that resonates in the #MeToo era.

Jenkins, who directed Charlize Theron’s Oscar-winning performance as a hooker-turned-killer in “Monster,” ventures into the grim story of the Black Dahlia through the eyes of a vulnerable young woman determined to make a life for herself.

“Edward Hopper had a visual style that I was in love with,” Sheridan told AFP, referring to the 20th century American artist known for his stark and spare realism.

“We were interested in sort of a Hopper-esque feel — that sense of noir L.A. loneliness.”

Author of the autobiographical “One Day She’ll Darken,” Fauna Hodel had planned to make a film adaptation after the book was published in 2008.

But that was before mini-series were the hot item they are today.

“Mini-series have come back into fashion, with shows like ‘True Detective,’ ‘Big Little Lies’ and ‘The People vs. O.J. Simpson,'” Sheridan said.

But Fauna Hodel never saw her project realized. She died in 2017 aged 66, just weeks before filming was to start.

In telling her story, Sheridan said, its very richness posed a problem.

“There’s just way too much story for a feature. And you were going to lose so much of the subtlety and what made the story beautiful, which is Fauna’s personal journey, if you got sucked into the pure thriller/true crime aspect.”

But the mini-series format, with a set and predetermined number of episodes, gives “everything space to breathe,” he said.

“It doesn’t go on forever. You have an ending that you strive for,” he said.

“The mini-series — to me as a writer, a creator — is the absolute perfect length.” CC