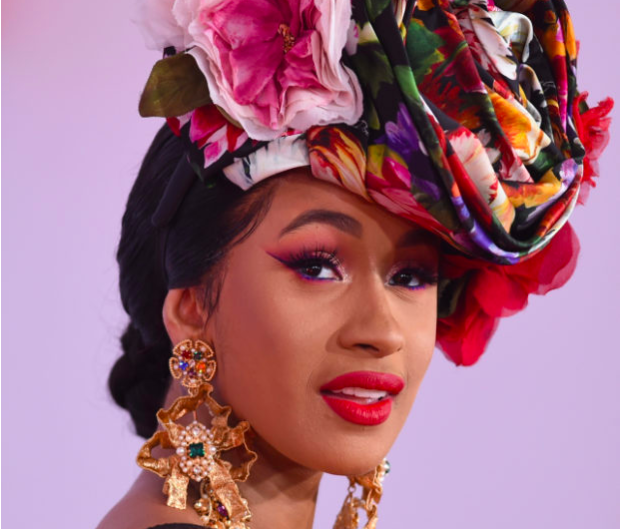 US rapper Cardi B at the 2018 American Music Awards on October 9, 2018, in Los Angeles, California. Image: AFP/Valerie MACON

Cardi B found herself in a heated Twitter exchange with conservative commentator Tomi Lahren after the latter poked fun at the “Bodak Yellow” rapper for sharing her opinions on the United States’ government shutdown.

The government shutdown began on December 2018 after Trump and Democrats failed to reach a budget agreement when it came to his demands for his $5.7 billion U.S.-Mexico border wall, meant to ward off immigrants. The impact of the shutdown has been felt throughout the country, as 800,000 federal workers missed their pay checks on Jan. 11, relying instead on various GoFundMe pages run by private citizens to pay for rent, food and other needs.

Cardi B made her opinion known about the shutdown last Jan. 17 via her Instagram account, where she slammed Trump over the shutdown and empathized with the federal workers who had to work with no pay.

“Trump is now ordering, as in summoning, federal government workers to go back to work without getting paid…” she said at one point. “This sh*t is crazy. Our country is in a hellhole right now. All for a f*ckin’ wall.”

Conservative commentator Lahren, on her end, took a jab at Cardi B via Twitter.

“Looks like @iamcardib is the latest genius political mind to endorse the Democrats,” she said. “HA! Keep it up, guys! #MAGA2020 (MakeAmericaGreatAgain2020).”

Looks like @iamcardib is the latest genius political mind to endorse the Democrats. HA! Keep it up, guys! #MAGA2020

Cardi B warned Lahren to leave her alone otherwise she would “dog walk” her. Dog walk is a colloquial term to “beat someone up.”

Leave me alone I will dog walk you . https://t.co/FjqIzpUbvp

Lahren seemed unthreatened, telling Cardi B that her rambling was moronic. Lahren also advocates for the building of the border wall.

“I’m sure you would,” Lahren replied on the “dog walk” tweet. “Still doesn’t make your political rambling any less moronic. #BuildthatWall.”

I’m sure you would. Still doesn’t make your political rambling any less moronic. #BuildthatWall https://t.co/pcFJ6jrgqv

Meanwhile, Cardi B told Lahren that she is blinded with racism.

“You don’t even realize the decisions the president you root for is destroying the country you claim to love so much,” she said. “You are a perfect example on no matter how educated or smart you think you are you still a SHEEP!”

You’re so blinded with racism that you don’t even realize the decisions the president you root for is destroying the country you claim to love so much .You are a perfect example on no matter how educated or smart you think you are you still a SHEEP! https://t.co/khRpoOt16B

Trump rejected a short-term legislative fix to the shutdown last Jan. 14. He remains steadfast in regard to his $5.7 billion dollar border wall, taking to social media to argue that the wall is needed for security and humanitarian reasons. JB