Cardi B minced no words in expressing her dismay at United States President Donald Trump’s latest moves, from feeding a college football team with fast food to his demands during the government shutdown. 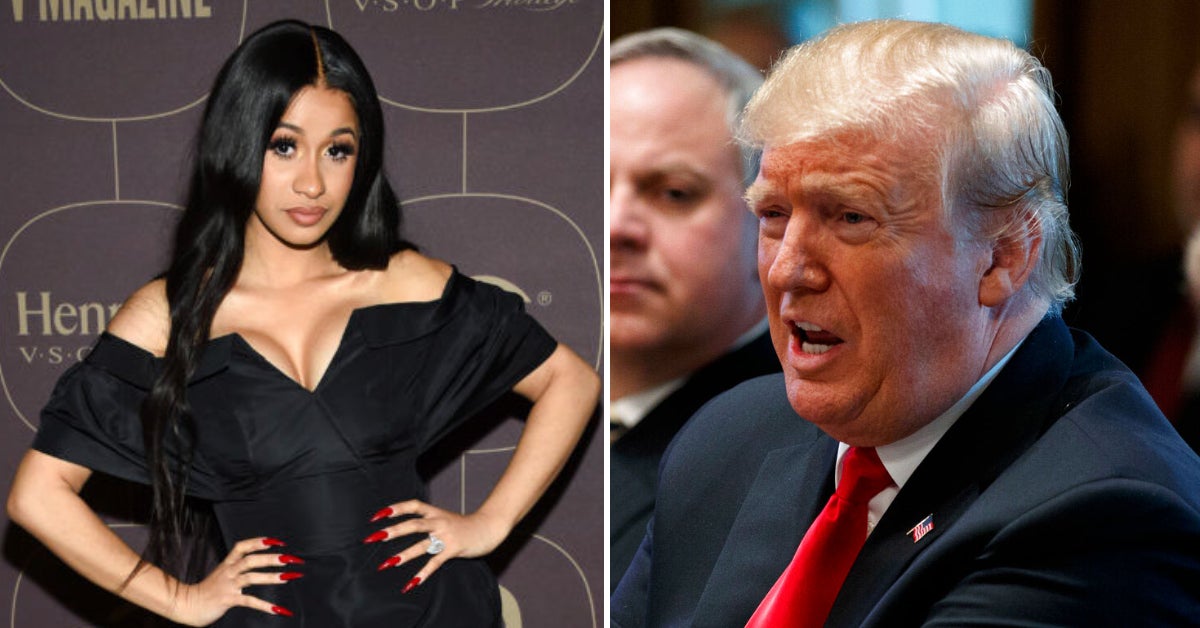 Yesterday, Jan. 16, the rapper went on Instagram Live to call out Trump.

Prior to giving her opinion on the White House fast-food feast for national college football champions the Clemson Tigers, Cardi talked about what she thought of Trump’s personality.

“Trump is like a clout chaser. He’s like these new rap artists, they do the most for clout. Trump wants that,” she said.

“Trump wants to be cool with basketball teams, football teams and black people. He wanna be cool with them. He wants validation from what’s poppin’ right now. And he does the most to invite these people just to embarrass them.”

She was among those who denounced the President’s choice to serve a buffet of fast food to the team at the State Dining Room, which usually hosts formal dinners for heads of state.

She also believed that the team should have turned down the opportunity, much like when NBA team Golden State Warriors shunned his invitation in 2017.

The rapper, who is of Dominican and Trinidadian descent, also shared her alarm at the US government shutdown and expressed her sympathies for federal workers working without pay in a video on Instagram today, Jan. 17.

The current shutdown, now on its 26th day, is the longest in the country’s history and is a result of a fight between Trump and Democrats over building a wall along the US-Mexico border. Democrats have refused to fund the wall, which Trump put at $5.7 billion to build.

“Trump is now ordering, as in summoning, federal government workers to go back to work without getting paid,” Cardi said. Yesterday, Trump signed a bill to pay workers retroactively but does not state when they will receive their salary.

“Now, I don’t want to hear any of y’all motherf*ckas talkin’ ’bout, ‘Oh, but Obama shut down the government for 17 days.’ Yeah, b*tch! For healthcare!

“So your grandma could check her blood pressure and you b*tches could go check y’all pussies at the gynecologist with no motherf*ckin’ problem.

Cardi summed up what she thought of her country’s state of affairs: “This sh*t is crazy. Our country is in a hellhole right now. All for a f*ckin’ wall.”  /ra

US shutdown after four weeks – food banks and job fairs