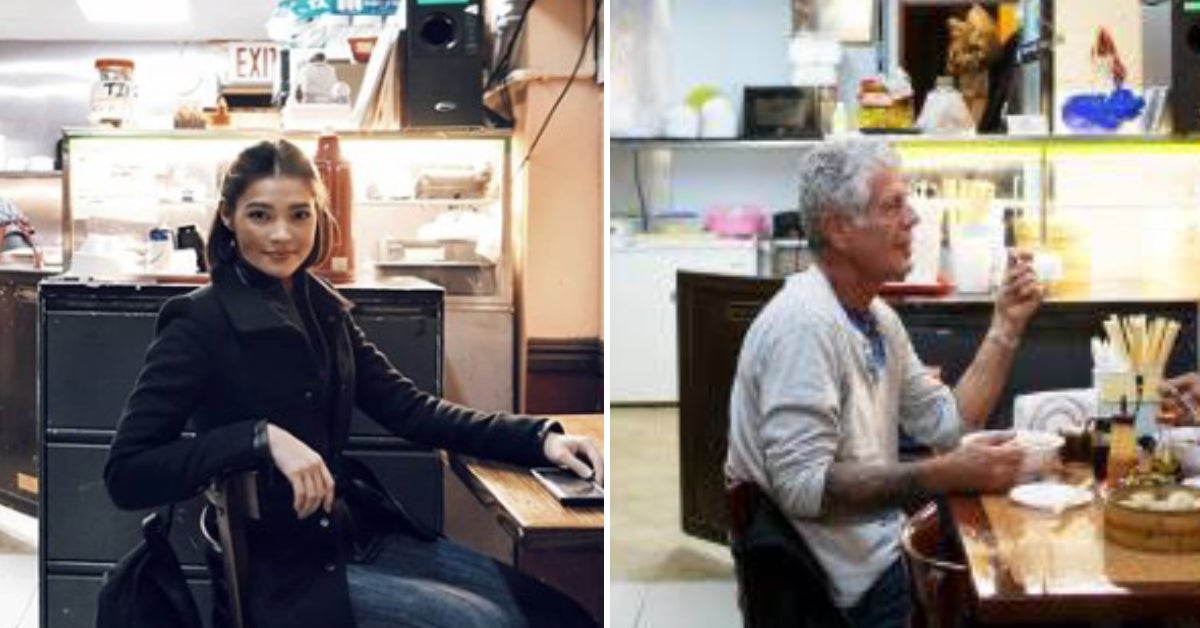 Bourdain is known for his kitchen memoirs and food travel shows, his last being “Parts Unknown” on CNN before he died on June 2018.

The “The One That Got Away” actress began her Bourdain bucket list with a trip to New York, where she visited Tibetan restaurant Lhasa Fast Food in Queens, as seen in an Instagram post on Jan. 9.

“Kicking off my Anthony Bourdain fangirl mission with Lhasa Fast Food,” she wrote. “He’s such an inspiration for food lovers, servers, makers everywhere. God bless him, what a gift his work is to this world.”

She also took a picture at the same table Bourdain dined in when he filmed his show “Parts Unknown” and tried the same food he had, particularly thenthuk (hand-torn noodle soup) and sha momo (steamed dumplings with beef).

Another food haunt in New York featured in the same travel show was Yu Garden Dumpling House. Ramos shared her visit there last Jan. 11 on Instagram. She described the Lion’s Head (meatballs with pork, ginger and soy) and soup dumplings, which Bourdain recommended, as “tremendous.”

The actress then headed for warmer weather in Puerto Rico. While there, she headed to Esquina Watusi in San Juan, a bar featured in “Parts Unknown” where Bourdain enjoyed some drinks.

Ramos revealed that to get the picture at the same place that the celebrity chef once sat in, she asked some locals if they could use their table for the photo-op. Thankfully, they obliged to make sure Ramos got to tick off her bucket list.

“We also made friends here cause we borrowed their table to take a photo,” she said. “Kapal diba (Shameless right)? But the people in Puerto Rico are some of the nicest you’ll come across in the world… just like Filipinos!”

A handful of eateries in Puerto Rico were featured on “Parts Unknown” so it should be interesting to see if Ramos will be making her way into those as well. JB

JM de Guzman thanks Rhian Ramos for ‘the friendship’