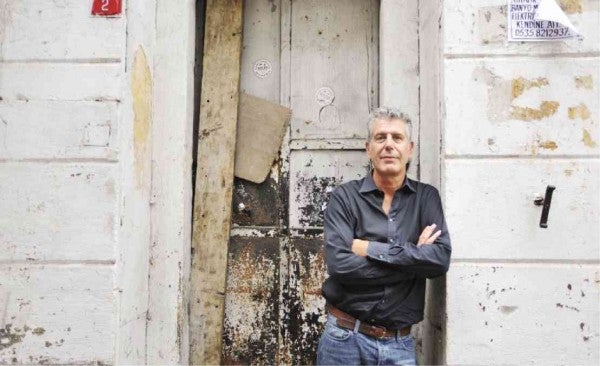 Anthony Bourdain is dead. The chef, storyteller and Emmy-winning host of CNN’s “Parts Unknown” is dead of suicide at age 61. https://t.co/AnLZWqT0DV pic.twitter.com/8puc6bRpIx

In a statement, CNN said, “It is with extraordinary sadness we can confirm the death of our friend and colleague, Anthony Bourdain,” the network said in a statement Friday morning. “His love of great adventure, new friends, fine food and drink and the remarkable stories of the world made him a unique storyteller. His talents never ceased to amaze us and we will miss him very much. Our thoughts and prayers are with his daughter and family at this incredibly difficult time.”

Bourdain was reportedly in France to work on an episode of his show. 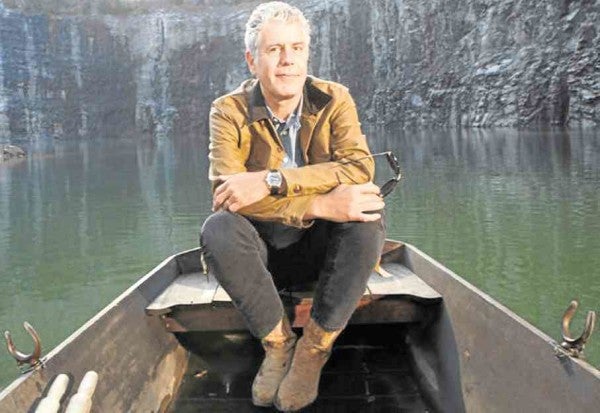 A fan of Filipino food

Bourdain loved Filipino food. On CNN’s The Source, Bourdain spoke of how he loved sisig.

“It’s hot, sizzling, crispy, sticky delicious pieces of pork with many textures goes with beer. It’s casual. It’s accessible and it’s exactly what you need after a few beers. That’s a perfect food, he said when asked what makes it so good,” he said.

READ: Why Anthony Bourdain keeps going back to Filipino food

He is credited for popularizing the “foodie culture” or the thoughtful appreciation of everyday food.

According to his profile on Britannica, Bourdain was raised in New Jersey and “first took an interest in food when he ate an oyster as a young boy on a trip to France with his family.”

Who knew that he would be ending his life, six decades later, in the place where he first discovered his love for food?

Bourdain was in France working on an upcoming episode of “Parts Unknown.” His close friend Eric Ripert found him unresponsive in his hotel room Friday morning. https://t.co/1tdojyd3Rv

Bourdain attended Vassar College as well as the Culinary Institute of America. He worked for some of New York’s finest restaurants such as the Brasserie Les Halles.

He first became popular in 1999 when he wrote an article on The New Yorker, entitled, “Don’t eat before reading this.”

Bourdain wrote, “Good food, good eating, is all about blood and organs, cruelty and decay. It’s about sodium-loaded pork fat, stinky triple-cream cheeses, the tender thymus glands and distended livers of young animals. It’s about danger—risking the dark, bacterial forces of beef, chicken, cheese, and shellfish. Your first two hundred and seven Wellfleet oysters may transport you to a state of rapture, but your two hundred and eighth may send you to bed with the sweats, chills, and vomits. Gastronomy is the science of pain.”

Then in 2002, he became a TV chef, hosting the Food Network’s “A Cook’s Tour.” He then moved to the Travel Channel before joining CNN in 2013 to host “Anthony Bourdain: Parts Unknown.”

Also in 2013, “Parts Unknown,” a show that explores cultures and cuisines, received a Peabody Award.

“He’s irreverent, honest, curious, never condescending, never obsequious” the Peabody judges described Bourdain, noting how people from different countries open up to him and “reveal more about their hometowns or homelands than a traditional reporter could hope to document.”

Bourdain’s death comes at the heels of news about the death of another celebrity, designer Kate Spade, who also took her own life.

According to a newly-released US government report, suicide is the 10th leading cause of death in the US.

READ: Suicide is 10th leading cause of death in US — gov’t report

The Philippine Department of Health earlier said every case of suicide is a tragedy that should be avoided.

People who feel that they may need help in preventing suicide may call Hopeline hotlines: