Anthony Bourdain, a chef known around the world for his phenomenal storytelling, was mourned by fans after his death last June 8.

Among his many fans the world over is actress and cooking aficionado Judy Ann Santos, who reminisced on the time she met him and had him sign his book “The Nasty Bits”.

Santos shared pictures on Instagram where she stands behind him while he constructs a creative signature. In another photo, she is seated beside him, visibly giddy and starstruck. 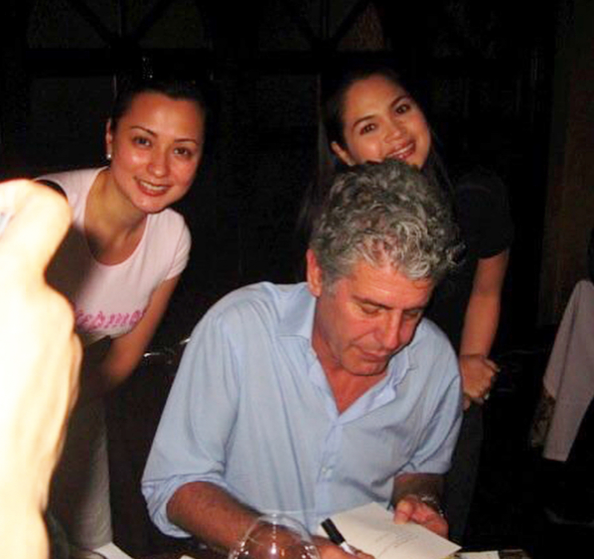 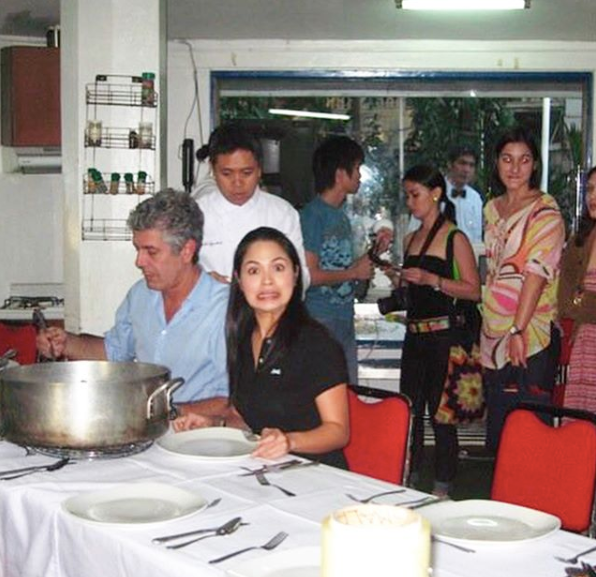 His signature on the front page for her is addressed to “Judy”, and a drawing of a skull with a chef’s hat dominates the page. 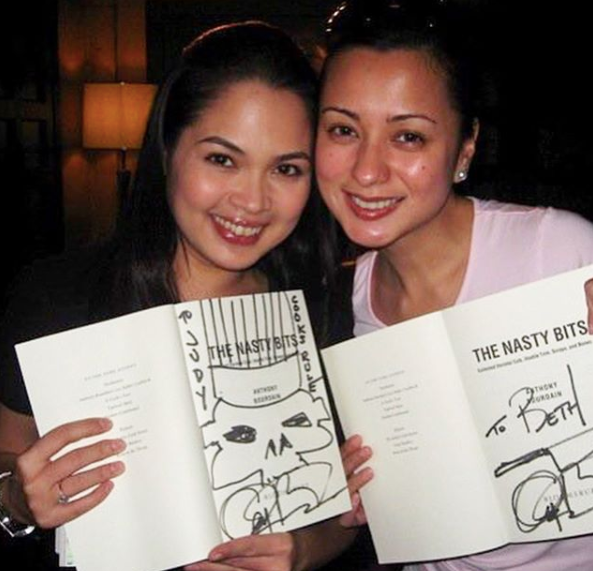 She described her first impression of him and narrated their brief interaction: “‘Ang tangkad tangkad pala nito? Nakakatakot sya…(He’s so tall, he looks scary)’” she said of his rugged 6’4” frame.

“Bigla akong napa inglis ng diretso nung kinausap na ko. Ibang klaseng kaba at kilig at the same time (Suddenly I was speaking straight English. It was a different level of nervousness and giddiness),” she recalled.

Santos’ husband Ryan Agoncillo, who has a penchant for cooking too, grieved for Bourdain’s passing. “Goodbye for now sir. You are an inspiration,” he wrote, sharing a black and white picture of the celebrity chef.

The love Filipinos and Bourdain shared is reciprocal. The television host explored Manila, Pampanga and Cebu in a 2009 episode of “No Reservations” where he called the Cebu lechon “the best pig ever!” Manila was featured in the pilot episode of “Parts Unknown” season 7 which aired in 2016.

Bourdain also fondly remembered his daughter’s nurse, a Filipino woman named Vangie, sharing in a CNN article that his family and hers would celebrate special occasions together, such as Christmas, Thanksgiving, New Year’s and birthdays. JB