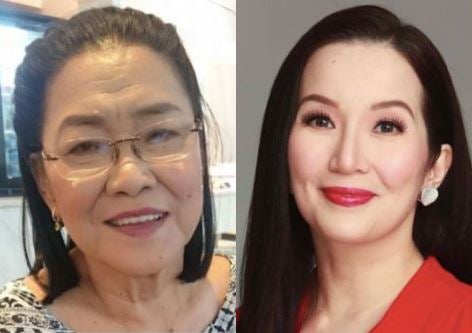 Solis attested to Aquino’s character via Instagram last Jan. 8, sharing to her readers that she and Aquino worked together for quite some time in the past.

As per Solis, Aquino may be “maarte,” tactless and sometimes hurtful with her words, but she believes there is no malice behind these.

Barretto’s support for Falcis came last Jan. 5 when she shared via Instagram a screenshot of an article with the headline, “Nicko Falcis swears Kris Aquino said: Papapatay ka ng pamilya ko.” In her post, Barretto wrote that she felt for Falcis and admired his courage to speak the truth.

But as per Solis, Aquino is not the kind who accuses anyone without reason. She also added that it is Aquino who is usually bullied, instead of the other way around.

Moreover, she wrote that Barretto’s remark that Aquino is a power tripper is wrong as they, too, were close before: “She should know, naging close sila for a while ni Kris at alam niya na never nito ginamit ang power to get something.”

Aquino first filed criminal complaints against Falcis in October 2018 for allegedly using funds from her production company, Kristina C. Aquino Productions (KCAP), for personal use. Falcis has since filed a counter-affidavit before the Office of the Prosecutor in Manila last Jan. 3 and prior to this, in Pasig and Taguig on Dec. 17.