‘Black Panther,’ ‘A Star Is Born’ get Writers Guild noms 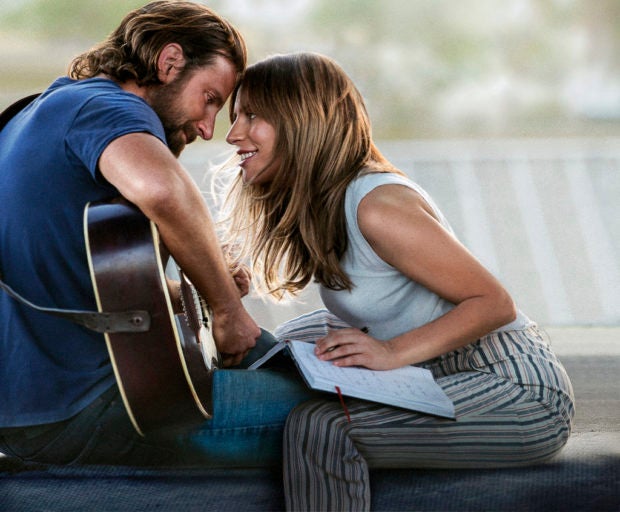 This image released by Warner Bros. Pictures shows Bradley Cooper, left, and Lady Gaga in a scene from “A Star is Born.” The producers behind hits “Black Panther,” “Crazy Rich Asians,” “A Star Is Born” and “Bohemian Rhapsody” are among the 10 nominees for the top prize at the Producers Guild Awards announced Friday, Jan. 4, 2019. Image: Warner Bros. Pictures via AP, File

LOS ANGELES  — The scripts for “Black Panther” and “A Star Is Born” are among the five films that have been selected to compete for best adapted screenplay at the Writers Guild of America Awards.

The two blockbusters will compete against “BlacKkKlansman,” ”Can You Ever Forgive Me?” and “If Beale Street Could Talk.”

The writers guild also on Monday announced its nominees for best original screenplay, including Bo Burnham for “Eighth Grade,” Alfonso Cuaron for “Roma,” Adam McKay for “Vice,” as well as the scripts for “A Quiet Place,” co-written by John Krasinski, and “Green Book.”

Winners will be announced at concurrent ceremonies in New York and Los Angeles on February 17. MKH

In a record year, the movie theater strikes back