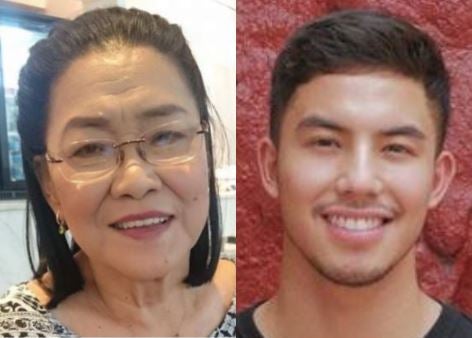 “Glorious” actor Tony Labrusca recently came under fire following an outburst at Ninoy Aquino International Airport (NAIA) Terminal 1 that saw him shouting at immigration officers after being given only 30 days of stay in the Philippines.

Labrusca’s act has earned flak from Department of Foreign Affairs secretary Teodoro Locsin Jr. who took to Twitter on Jan. 3 to express that Labrusca should just be deported. Following the outburst, the Bureau of Immigration warned last Jan. 4 that foreign nationals who disrespect immigration officers may be blacklisted in the Philippines.

Columnist and talent manager Lolit Solis also expressed her sentiments regarding Labrusca’s behavior, which she shared via Instagram on Jan. 5.

(That is what becomes the problem when you easily get hot-headed, you get angered at the littlest things. If you are an actor or a celebrity, your level of patience must be high. You must have a wider perspective.)

In her post, she shared a lesson that she learned from National Artist for Film and Broadcast Arts Lino Brocka.

“Dun nga madalas pumapasok sa utak ko iyon sinabi Lino Brocka (That is when I recall what Lino Brocka said),” she said. “Shout at your equals, not to your inferiors.”

She also chided the young actor, saying that since he is a foreigner, he must respect the Filipino workers he talks to. Otherwise, it would seem as if he were looking down on them: “Dapat igalang niya ang mga taong kausap niya dito sa bayan natin dahil para bang you looked down on us ang dating dahil may iba kang dugo.”

(It is just right to give him a lesson. He is lucky he is a celebrity here. Who is he in his own country? Serves him right.)

Labrusca, on his end, addressed the issue last Jan. 4 by taking to Twitter to post an apology letter. According to his post, his biggest mistake was “letting my emotions get the better of me.”

He admitted he was frustrated for only being given thirty days of stay in the country, saying he was unaware of the policy that he cannot qualify for a Balikbayan stamp without his mother. He also clarified that he never called any of the immigration officers names.

“It was very upsetting for me. And I’m sorry that I somehow took my frustrations out on the Officer. But never did I ever call anyone stupid, nor an idiot much less brag about being a celebrity,” he said then. “I know for a fact that the officer is merely doing her job.” JB