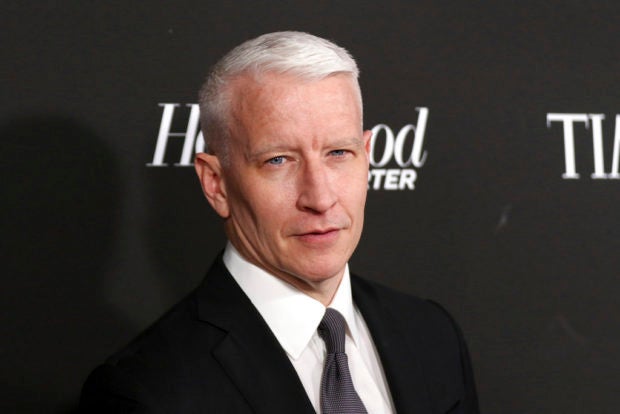 LOS ANGELES (AP) — When Anderson Cooper first met Sean Penn after the 2010 earthquake in Haiti, the CNN anchor was initially skeptical of the actor’s intentions to help the recovery efforts in the ravaged country.

In time, Penn won Cooper over.

“I’m not sure how Sean got to Port-au-Prince, Haiti. It certainly was not easy. I’m not sure how much of a plan he had when he got there. But he didn’t just come by himself, he came with a team,” Cooper said Saturday night in front of a star-studded crowd at Penn’s ninth annual benefit for the J/P Haitian Relief Organization (J/P HRO).

The fundraiser raised $3.5 million at the Wiltern Theater in Los Angeles. Some individual plates cost $10,000 at most, while tables ranged up to $100,000.

Even though Cooper was being honored, he heaped praise on Penn and his nonprofit.

“Sean came with supplies, he stayed long after most of us had moved on,” Cooper added. “Sean stayed, listened and he learned. JP HRO became an organization born of disaster, but which is focused on addressing the poverty that existed there for far too long.”

Julia Roberts paid homage to Cooper before presenting him with the award. She said he showed bravery as a journalist in matters of crisis, as the event focused on his efforts after the earthquake left thousands of Haitians homeless and without basic resources almost a decade ago.

“His work was just not limited in journalism,” Roberts said. “In Haiti, he was a humanitarian and often first responder, a pioneer in a time of extreme uncertainty. Anderson Cooper is a good man, a brave man. He gives an honest portrayal.”

Penn followed suit acknowledging Cooper’s “aggressiveness to tell the truth in reporting the news.” The actor has hosted the fundraiser for J/P HRO on the eve of the Golden Globes since he established the charity in 2010.

During Saturday’s event, Penn unveiled the name change of his Haitian Relief Organization to the Community Organized Relief Effort (CORE) in an effort to rebrand his nonprofit. He wants his charity to expand its efforts from Haiti to more areas in the United States.

Penn said he wants to strengthen communities in crisis by helping them “recover swiftly in the face of emergency.” In a video, he showed volunteers helping repair some damage to homes in Savannah, Georgia, after the powerful Hurricane Florence thrashed the coastal area last year.

The event honored San Juan Mayor Carmen Yulin Cruz and ambassador Kenneth Merten. The Point Dume Bombers, who stayed up all night to help save their Malibu neighborhood from the fast-moving wildfires that scorched the area displacing thousands from their California homes, were also recognized.

Jamie Foxx provided the comedy relief as the event’s master of ceremony. He jokingly took selfies during Penn’s speech, but also stood beside the auctioneer to urge attendees to raise their bids.

Foxx’s efforts worked as Mike Myers and Keegan-Michael Key left their seats to accompany them onstage to encourage the audience to give more.

The most expensive items auctioned off included an exclusive visit to Haiti with Penn and Cooper; and a private dinner by Jose Andres and music performance from Yo-Yo Ma. Each went for $200,000.