During a European getaway with her son Thirdy and friend fashion stylist Patricia Coronado, Jodi Sta. Maria experienced swimming in a most unlikely place — the freezing Baltic Sea.

Sta. Maria and Thirdy jetted off to Finland for the holiday season, as seen via the Instagram Stories of the actress’ photography account on Dec. 26. 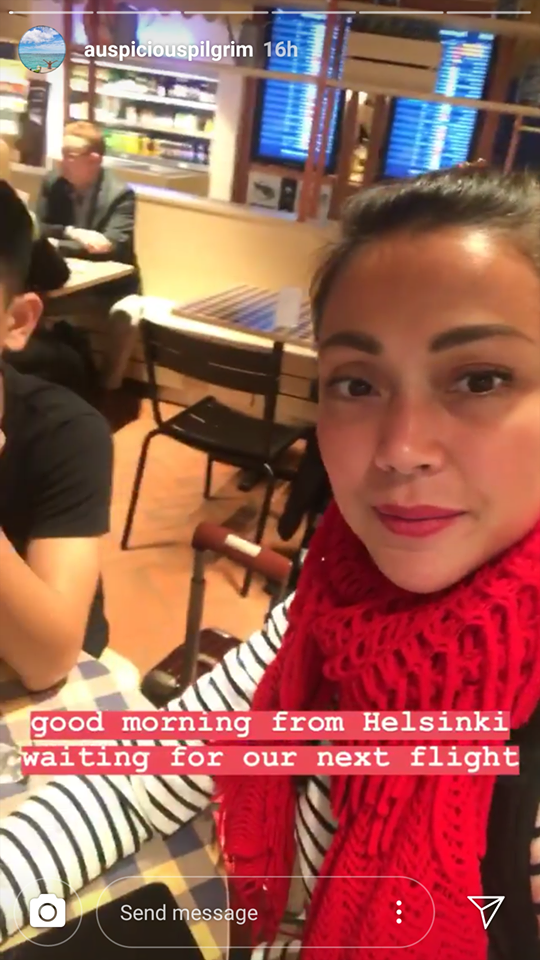 Thirdy made snowballs and played amid the sub-zero temperature. 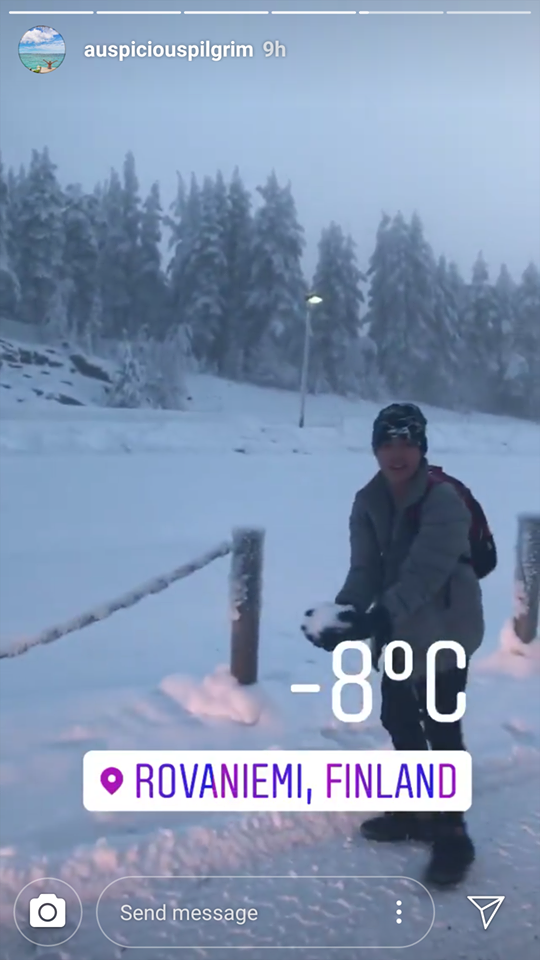 What looks like a snow-covered pine forest caught her attention because it looked as if it was taken from the set of the 2008 vampire film “Twilight”.

“Edward Cullen, are you there?” she quipped.

The actress and Coronado, who were both clad in orange suits which kept them warm, made a random decision to swim in the Baltic Sea, during their next stop at Sweden on Friday, Dec. 28.

Sta. Maria conquered her fear, enjoying the once in a lifetime experience.

Yesterday, they had the chance to experience mining amethysts, a semiprecious stone which is a violet variety of quartz, in Luosto, Finland.

“In a land full of stones, I hope you find your precious one and take good care of it,” she said. 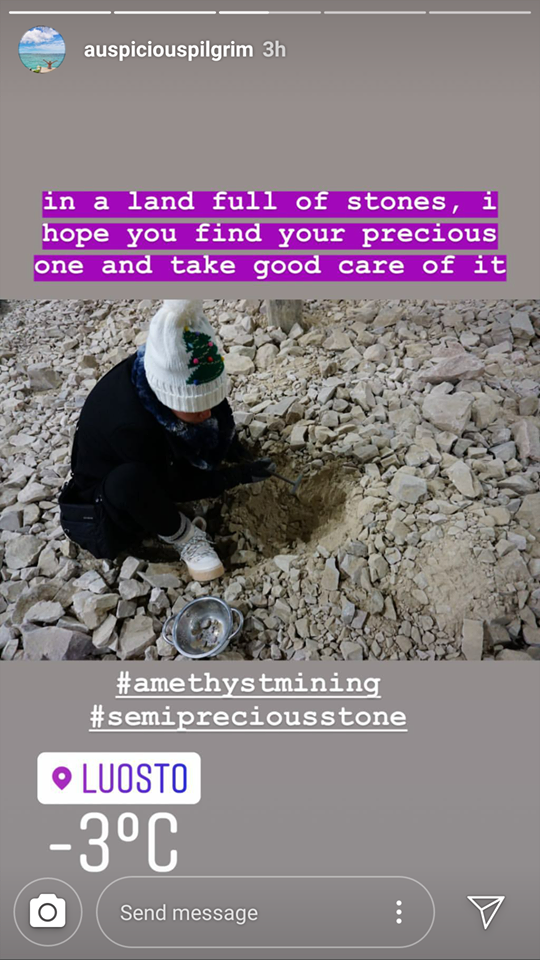 Aside from mining gemstones, she and Thirdy also had fun just goofing off in the snow-covered landscape. 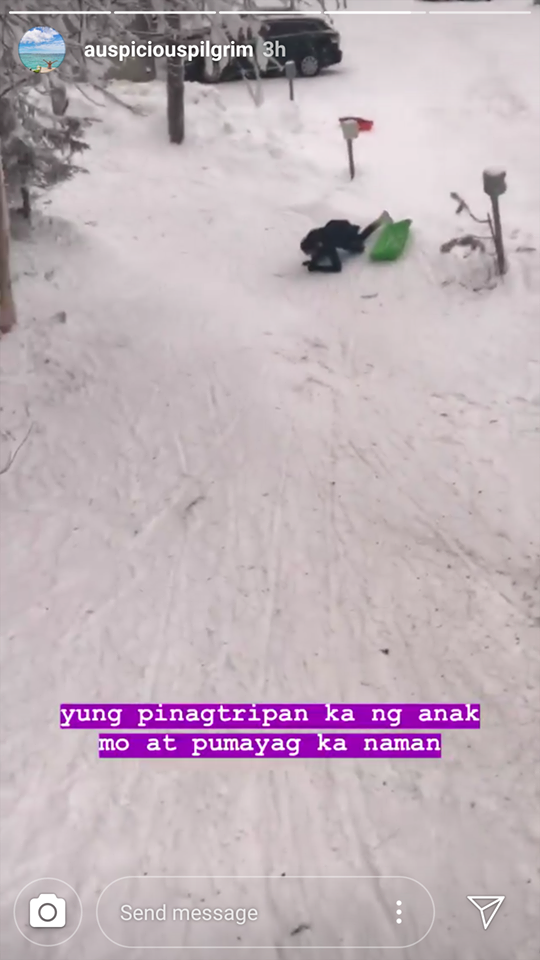 Sta. Maria fell for Thirdy’s trick when she rode a green sled down a snowy slope while her son filmed her doing so. Screaming at the top of her lungs, the terrified actress fell off the sled at the bottom of the slope — nevertheless, one can see that she enjoyed her ride as she once again set off on the sled. JB