Marian Rivera once again proudly flaunted her baby bump during a family trip to Siargao Island to celebrate her fourth wedding anniversary with husband Dingdong Dantes.

Rivera, who is pregnant with her second child, showed off her growing tummy in photos she posted via Instagram yesterday, Dec. 29. Wearing a Burberry graffiti-print bikini and a pair of round-rimmed sunglasses, the actress was the poster child of pregnancy bliss.

Accompanying her on the island are Dantes and their three-year-old daughter Zia. The happiness of the father and daughter can be seen as they shared a moment on the beach, sitting on a swing.

Apparently, the said swing is Zia’s “favorite spot” as per Dantes’ Instagram post. The toddler continued to play at the swing, supervised by her father of course, despite dark clouds looming overhead.

Zia also made friends during their beach getaway. The three-year-old rode a surf board together with two boys.

Today marks the fourth wedding anniversary of Rivera and Dantes who tied the knot in a lavish celebration in 2014. The couple celebrated the day with a romantic kiss on the beach, as seen on Rivera’s Instagram Stories. 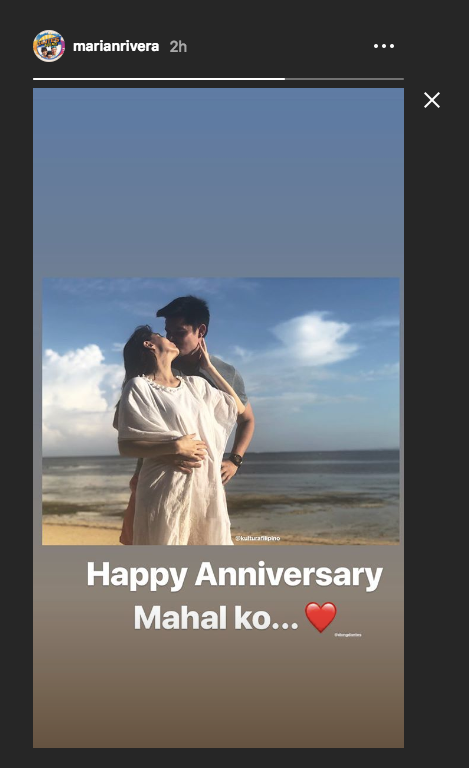 Rivera also shared a photo of their family to treasure while waiting for the new addition to “#TheDantesSquad.”