Becoming a Miss Universe candidate is a journey exclusive to a select number of women from around the world. But beyond commenting on the pageant, comedian Ethel Booba tried her hand at answering the thought-provoking questions given to the contestants. 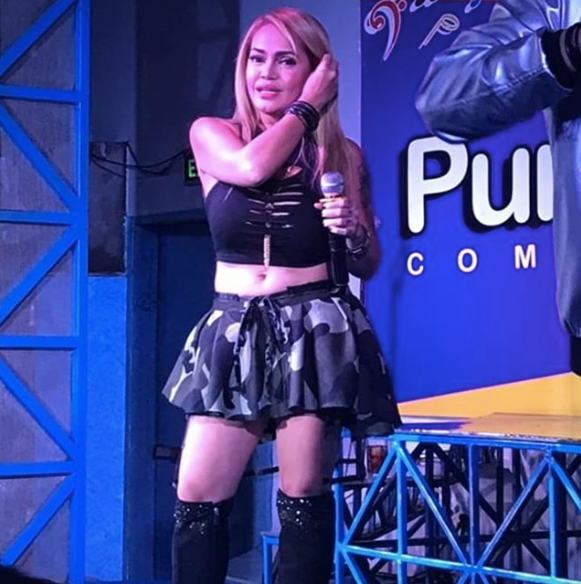 Entering the top five were Miss Puerto Rico, Miss Vietnam, Miss South Africa, Miss Philippines and Miss Venezuela who were given a minute to answer them.

Miss Puerto Rico was asked, “Why is freedom of the press important?”

Ethel gave her stand with an angle on fake news: “Some journalists are under threat because of telling the truth. Let us protect them and their work. However, when one’s freedom abuses or hurt others by spreading fake news like what other[s] did, it’s not freedom of speech or expression, it’s an attack on [others’] freedom. Charot!”

Miss Vietnam had to answer the question, “Do you think the #MeToo movement has gone too far?”

The comedian focused on how feminism or the fight for gender equality could be taken too far: “If we want equality don’t ask for special treatment. There are some who [are] hiding in being feminist which is [becoming a] man hater. There are some who use that as weapon to prioritize us or giving special treatment. #MeToo would like to protect us women and I respect that. Charot!”

Miss South Africa responded to the question, “Do you think countries should limit the number of refugees allowed across their borders?”

“Every country has rights to choose who to accept and not to accept. Without borders there’d be no nation,” Ethel said. “We’re in no way obligated to help refugees but if we’re blessed by God of vast richness and success maybe it’s time to repay it by helping those who are in need. Charot!”

Miss Venezuela had to ponder the question, “What would you say to those who believe that pageants are archaic and anti-feminist?”

Ethel answered, “Beauty pageants isn’t (sic) archaic especially in this age of radical feminism where women are told that being feminine isn’t a good thing and just being superficial/petty. You can be strong and independent while embracing the traditional beauty standard for women. Charot!”

Miss Philippines’ question was one that surprised many, to which Catriona Gray gave a brief and direct answer. “What is your opinion on the legalization of marijuana?”

Certainly, answering questions on heated topics with millions of eyes around the world watching your every move is easier said than done.

Ethel also had something to say about Gray’s winning answer in the top three, where she highlighted positivity. “I would bring this aspect as a Miss Universe to see situations with a silver lining and to assess where I could give something, where I could provide something as a spokesperson,” Gray said.

(I’ve lived in Tondo for a long time and I haven’t heard of that silver lining. Is that a foil?)

As for which contestant she most identified with, Ethel pointed to Miss Albania, who constantly projected her presence throughout the competition.