Nicki Minaj defends sex offender BF: ‘No one is perfect’

Nicki Minaj revealed her new man on Instagram this December — to the jeers of netizens who brought up his criminal history. The negative reception led the rapper to ban comments on her Instagram posts with him. 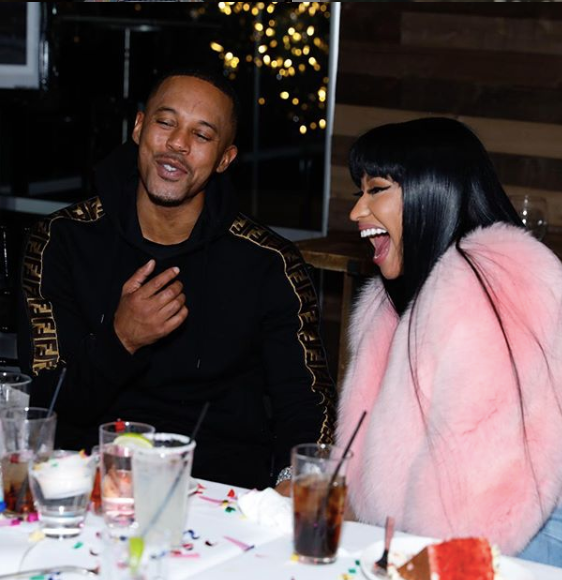 Minaj with Petty on her birthday celebration this December. Image: Instagram/@nickiminaj

Kenneth “Zoo” Petty has been registered as a sex offender in New York since 1995, media reports have stated. He was convicted of first-degree attempted rape towards a 16-year-old girl when he was 15. He has also served time in prison for first-degree manslaughter after shooting and killing a man in 2002.

Details of the rape case have since emerged, as reported by The Blast on Friday, Dec. 14. The victim told police that Petty cocked what she thought was a handgun behind her back while she was walking in Queens, New York. She alleged that she was forced to enter his bedroom where he “forced his penis” into her vagina and held a knife against her stomach when she tried to escape.

Petty’s disciplinary record behind bars was also unearthed by TMZ last Friday. While in prison for his manslaughter conviction from 2006 to 2013, it was reported that he had 18 violations. Adding to his colored past is his five children with different women.

Minaj has lashed back at the reports and reactions towards her rumored boyfriend. In an Instagram comment, she said that he and his rape victim were in a relationship. “But go awf (off), Internet,” she said. “Y’all can’t run my life. Y’all can’t even run y’all own life.”

Her comment is seen in a screenshot by The Shade Room last Dec. 10 before she disabled commenting on her picture with Petty that day.

She called out TMZ too for its report on her Instagram Stories and has threatened to sue a Daily Mail reporter for covering the allegations against Petty on TV.

Last Dec. 14, she shared a screenshot of the TMZ article and wrote, “TMZ, y’all can post these til [you’re] blue in the face. No one on God’s earth is perfect. Oh, I forgot — y’all have never sinned; nor have your loved ones. Heard you.” 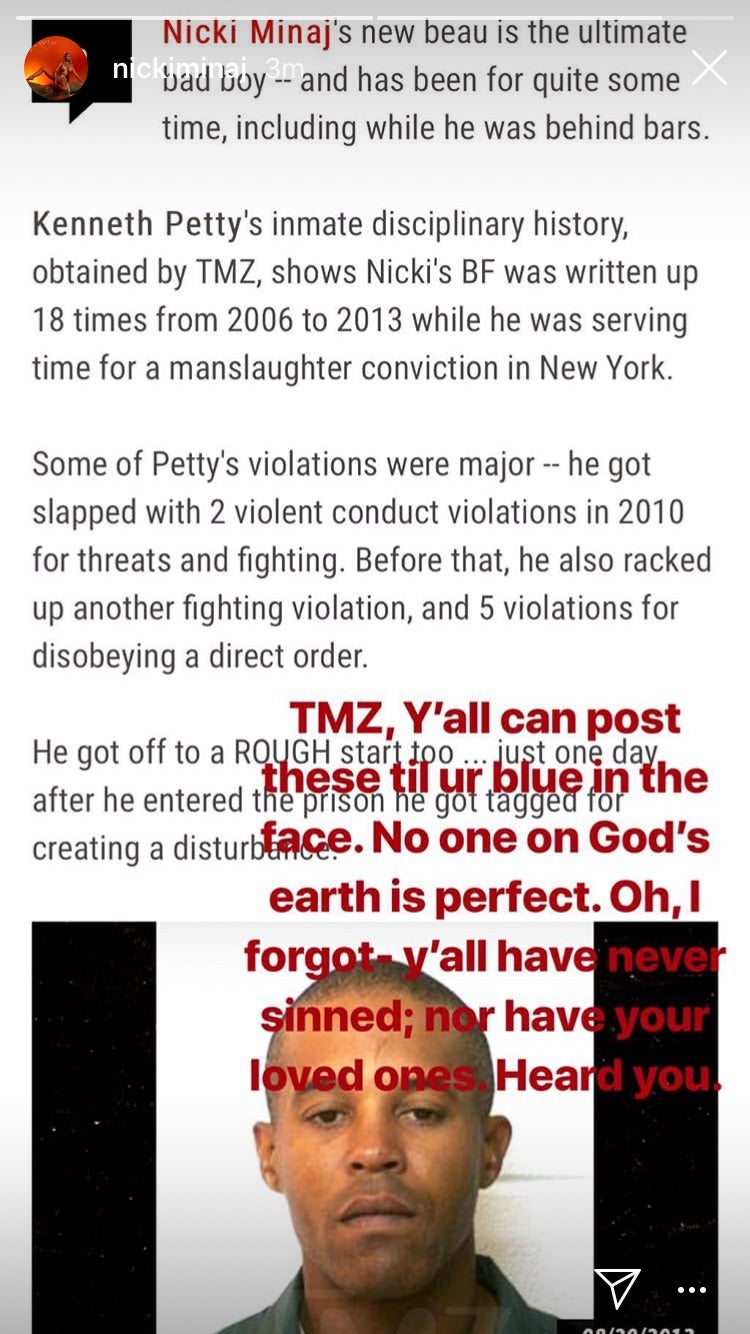 Minaj celebrated her birthday last week — she turned 36 last Dec. 8 — in a private party with close friends. She shared videos of her and Petty dirty dancing, via Instagram last Dec. 13, seemingly unfazed by the bad press as they enjoyed each other’s company. Niña V. Guno/JB

Insatiable Nicki needs men who can ‘go at it’