Jennifer Aniston opened up about a ghost encounter which spooked her so much that she moved out of her house. 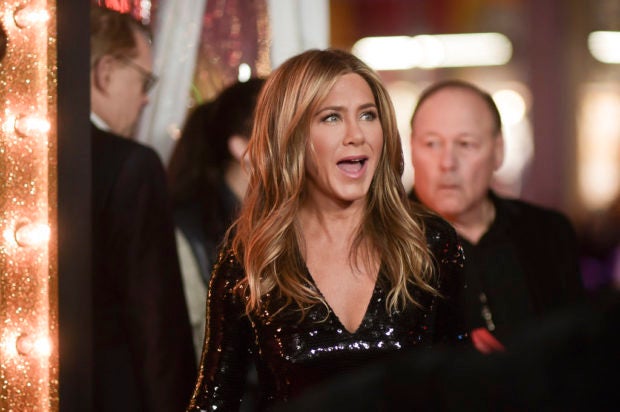 The “Dumplin’” actress said on “The Late Late Show with James Corden” on Dec. 7 that she once had to deal with a pesky spirit when she moved from New York to Los Angeles.

Aniston mentioned that she lived in Laurel Canyon, a mountainous area in Hollywood Hills with a roommate, but soon she was getting bothered by disturbances that involved home appliances.

Corden remarked that perhaps the ghost simply wanted to throw a party and was tidying up. He also said he did not believe in ghosts, to which Aniston asked, “How the hell was that all happening then?”

When Aniston told a friend about it, she was advised to have someone “clear the house.”

She called a ghost whisperer who went to the home with frankincense which she placed on a dish. The spiritualist medium then uttered some phrases and walked around the house with the dish. At the first corner, the dish cracked. At one point, a “thick thick thick 1975 ashtray” on a table cracked and the medium asked the actress to leave so she could talk to the ghost.

She was told that the ghost hated her roommate and soon Aniston decided to leave.

When asked if she told her roommate about it, she said, “I felt terrible but I couldn’t say ‘it doesn’t like you,’ that would be terrible.”

Netizens joked that the ghost whisperer must have been Phoebe Buffay from “Friends” — after all, she once thought that a cat was the reincarnation of her late mother.

Inevitably, the discussion went into the topic of a “Friends” reunion. Aniston said she and her female co-stars “would love to do it again,” but it’s the boys holding back. She quipped, “So we’ll just do like, a remake of ‘The Golden Girls’ in 40 years.” Niña V. Guno/JB