Jennifer Aniston says her latest role in a mother-daughter movie parallels the difficult relationship she had with her own mom, Nancy Dow. 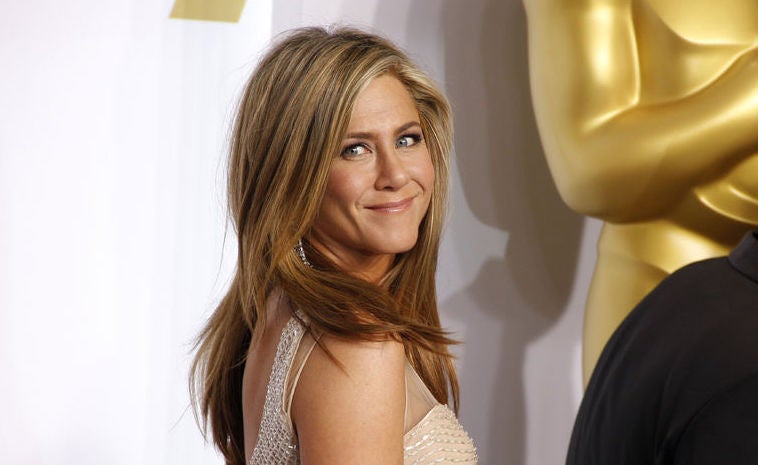 In the musical comedy “Dumplin,” Aniston is a former pageant queen mom who is at odds with her plus-sized daughter joining a beauty pageant.

The “Friends” star, 49, said her late mother also had expectations for her that she didn’t meet, as reported by The Sunday Telegraph via People on Dec. 2.

“She was a model and she was all about presentation and what she looked like and what I looked like,” Aniston explained.

“I did not come out the model child she’d hoped for and it was something that really resonated with me, this little girl just wanting to be seen and wanting to be loved by a mom who was too occupied with things that didn’t quite matter.”

Aniston’s father, John, a soap star, was Dow’s second husband. The couple divorced when the actress was 9. Dow was 79 when she passed away in 2016.

Aniston admitted to The Hollywood Reporter in 2015 that there were years that they wouldn’t speak. “She had a temper,” she said.

“She was critical. She was very critical of me. Because she was a model, she was gorgeous, stunning. I wasn’t. I never was,” she explained.

“I honestly still don’t think of myself in that sort of light, which is fine. She was also very unforgiving. She would hold grudges that I just found so petty.”

“Dumplin’” tackles the stringent beauty standards women face, with the protagonist, Willowdean (Danielle Macdonald), joining the pageant as a form of rebellion.

“This movie is so special because it is about stripping away those preconceived notions of beauty, trying to become individuals and not feeling that we have to live up to some unrealistic ideal that society is feeding up to us,” said Aniston to The Sunday Telegraph.

The movie will be released in select US theaters and on Netflix on Dec. 7.  Niña V. Guno /ra

Jennifer Aniston to take on role of female, lesbian president