“Motel Acacia,” Bradley Liew’s sophomore film, attempts to speak volumes in the current state of the world beyond its horror genre. 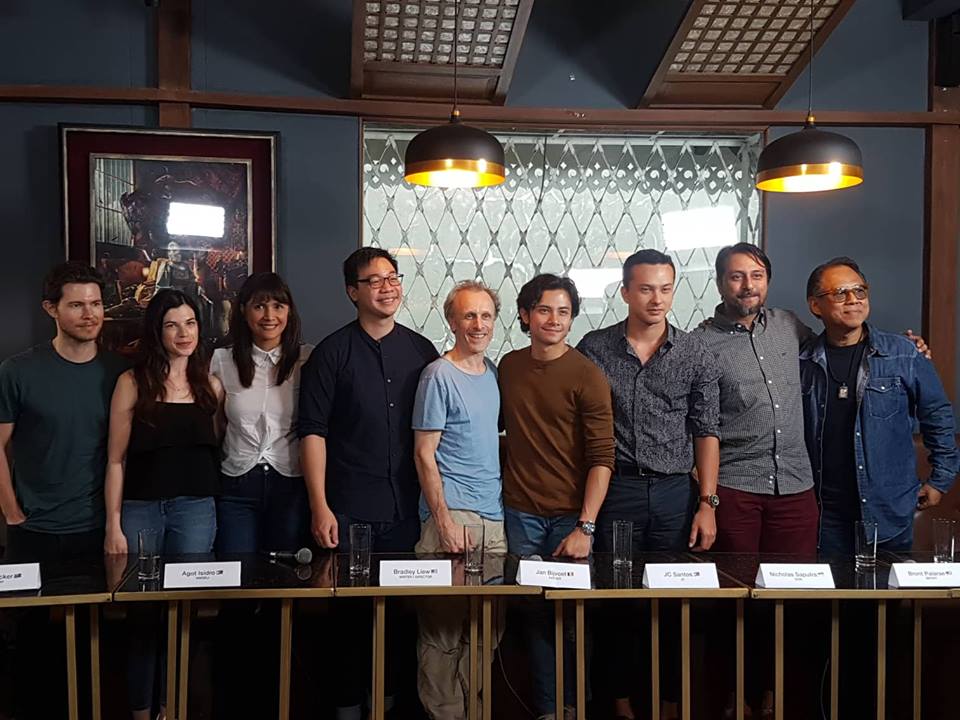 The film tells the tale of a father (Bijvoet) who is seeking to prepare his son (Santos) to take over a motel with a bed, haunted with the spirit of a Filipino tree demon, that eats men and impregnates women.

“Besides the mythological part of the film or the horror elements of the film, it’s also really about the themes we wanted to talk about,” Liew said during the movie’s media conference on Tuesday at Quezon City.

The film, he said, talks of “the present state of the world that we’re living in, how we become desensitized to killing, how we’ve got this big immigration issue across the world.”

Liew added how “the horror element, the horror genre, in the way of storytelling is just medium to say what we really want to say and to invoke questions to the people watching this film.”

Meanwhile, Bijvoet pointed out how the film’s relevance, saying “I think this is a really really special story to be told cause I think Bradley have some kind of image on how it could be in the future.”

“What is more scary, the supernatural or the world we are living now? That’s the statement,” Isidro added.

The screenplay was co-written by Liew and producer Bianca Balbuena who has been awarded with Asia Pacific Screen Awards FIAPF Achievement in Film and Asian Film Commissions AFCnet’s Producer of the Year.

Can’t believe we’re shooting you in two months after three and half years of development and financing from Bucheon, Udine, Singapore, Tokyo, Jerusalem and Berlinale! Supported by big partners I could only dream of and an international cast that I deeply admire and respect! Hope I won’t fail you! I’ll be heavy at 6 months by then. Don’t kick so hard, little Biancley.

The film, targeting a 2019 release, is produced by Philippines’ Epicmedia and Singapore’s Potocol.